1.28 vs 1.6 GPF Toilets: Differences and Comparison 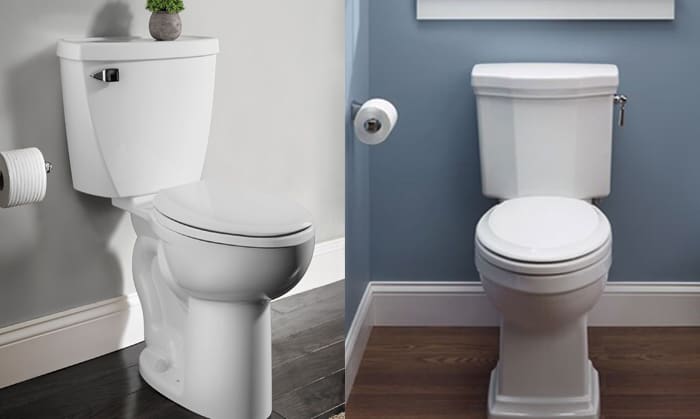 Most buyers look at the flushing power or water efficiency of a toilet. Many are not patient to flush twice, thrice, or more. Regarding this matter, you need to look into 1.28 vs 1.6 GPF toilets that are currently sold in the United States.

Are you curious as to why there’s a difference in the digits? A 1.6 GPF toilet needs 1.6 gallons for every flush and a 1.28 GPF toilet should have 1.28 gallons. But the flushing capability of a toilet tank is not only based on water consumption. Other factors are integrated along with it. You’ll know them if you continue reading.

GPF and Its Importance

GPF means the necessary gallon per flush in getting rid of waste through the toilet. Older toilets have higher GPF than new ones, so they are wasteful and not friendly to the environment.

The implementation of the National Energy Policy Act began in 1992 to save water supply. To pursue this regulation, GPF should not be more than the standard 1.6.

Recently, lower GPF is in demand like 1.28 GPF toilets and they can be found in most toilets and households. With the rising popularity of the 1.6 GPF toilets, every household can save around 20,000 gallons of water every year. 50% of water is saved because of the advancements of toilets with 1.28 GPF and bigger flush valves.

How Does GPF Affect the Toilet’s Performance 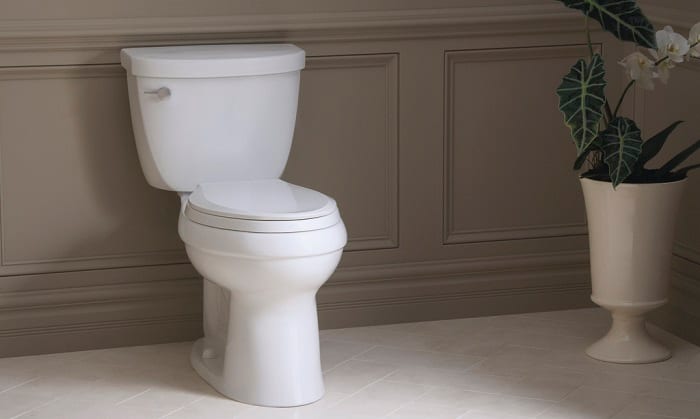 Judging the overall performance of a toilet bowl will be based on these factors:

These will depend on whether the toilet is operated by pressure or gravity. With toilets that operate by pressure, there are front jets for driving the water more quickly. But they’re noisier than the traditional or gravity-based type as they mix air with water to serve their purpose.

The type of toilet that works with gravity has advanced water velocity technology. It functions in siphoning solid waste through a downward slope. There are also dual-flush toilets that run through gravity as well. They have two flushing options, which are flushing liquid with a smaller amount of water and a standard flush.

The advanced technology applied in production leads to the creation of low-flow toilets. Hence, the misconception that these toilets are not as functional and powerful as those with high GPF was busted. Everyone can enjoy these ultra high efficiency toilets!

1.28 GPF toilets and 1.6 GPF toilets are tangible proof that impressed a lot of users. A low-flow toilet is recognized as a flush water-saving toilet. Furthermore, a single flush is necessary when you use them.

The required double flushing was prevented as it can only increase consumption and water bills. At first, these high-efficiency toilets caused clogs. But manufacturers were aware of this issue and resolved it.

Some manufacturers recognized the unhelpful effects of a flapper flush valve, which was replaced by the canister type. This change allows the water to flow at a 36-degree angle. 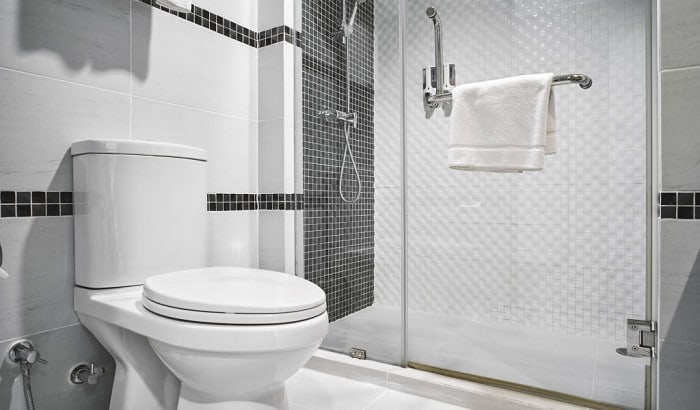 Some buyers may only look at the appearance of a toilet or the toilet brands that they’re familiar with. For the sake of flushing power and efficiency, you have to decide whether a 1.6 GPF toilet or 1.28 GPF toilet suits you.

People who live in states that impose the usage of 1.28 GPF toilets have no choice but to follow the regulation. But if there’s no restriction in your area, there’s no harm in thinking over which would be the best toilet for you. Is it a 1.6 or 1.28 GPF toilet?

This version is effective and only needs 1.28 gallons for every flush. Since it ends the reign of high water consumption toilets, it’s deemed as environmentally friendly even to houses with several toilets.

In addition, a single flush can clear the waste efficiently. You would like it as it’s an affordable option that can help you conserve water. An example of this is Ultramax of Toto toilets and some one-piece toilets like Swiss Madison SM-1T803.

This type of toilet requires more water than the previous but is still effective. It’s on par with the standards set by the Federal government but not all states accept this. You won’t be dismayed as it doesn’t have a weak flush.

Instead, heavy waste can be disposed of in one flushing. Moreover, it easily cleans up the stain and doesn’t usually clog. It’s the opposite of dual flush toilets as it gets its job done in one flush.

Watersense toilets make 1.6 GPF toilets like the Sheffield round front toilet and a two-piece toilet at the same time.

At this point, you know the ups and downs of using 1.28 GPF and 1.6 GPF. Thus, I would like to recommend these outstanding toilet bowls among the toilets sold in the market.

After comparing 1.28 vs 1.6 GPF toilets, your preference should also be considered. Some factors play a big role like the number of users and whether you’re a heavy user. If you care about the environment, you should have the 1.28 GPF. But if you’re not into cleaning toilets, 1.6 GPF will suit you.

How to Remove Rust Stains From a Toilet Bowl? – 5 Ways