3 ft vs 6 ft Toilet Auger: Which One Should You Choose? 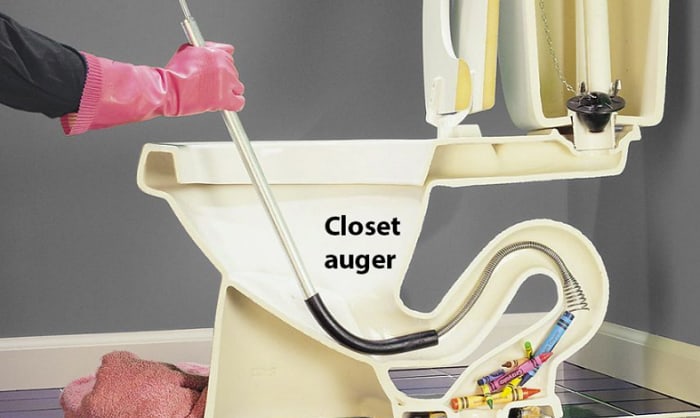 When you can’t resolve the toilet clogs with a plunger, you will feel like giving up. Fortunately, there’s another tool that you can use to get rid of clogs. The other option is using a toilet auger.

What size toilet auger do I need? This is a common question among first-time users of this tool. Thus, they have to think about a 3 ft vs 6 ft toilet auger.

The 3 ft. toilet auger can reach around 2 feet of blockages into the waste line. Since the 6 ft auger is longer, it reaches a deeper scope of 5 feet.

Learn more about these two and common sizes of toilet augers in this article. 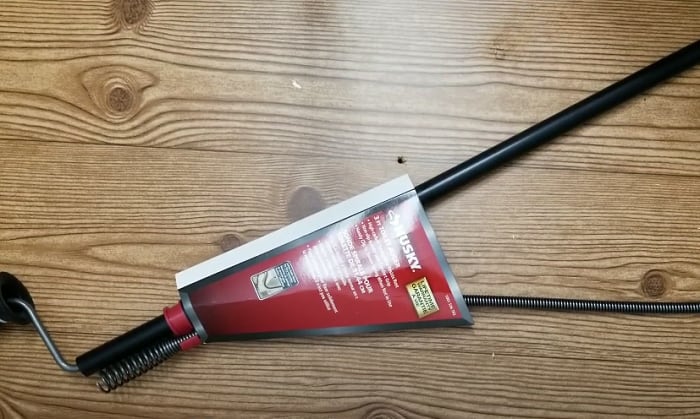 It’s the toilet auger that deals with minor clogs. It is generally for household use. Therefore, you don’t have to call the experts and let their professional toilet auger work.

This type is usually easy to handle with vinyl so it won’t just slip from your hands. You don’t need something too long for a minor toilet clog. Those making toilet closet augers have this size to directly reach the blockage.

There are several 3 ft toilet augers but I’d like to recommend those from Plumb Craft, Cobra, and RIDGID with a bulb head. They have different materials that act as a bowl guard so your toilet won’t be damaged. With features that don’t give you worries, you can use this auger with no physical and mental stress. 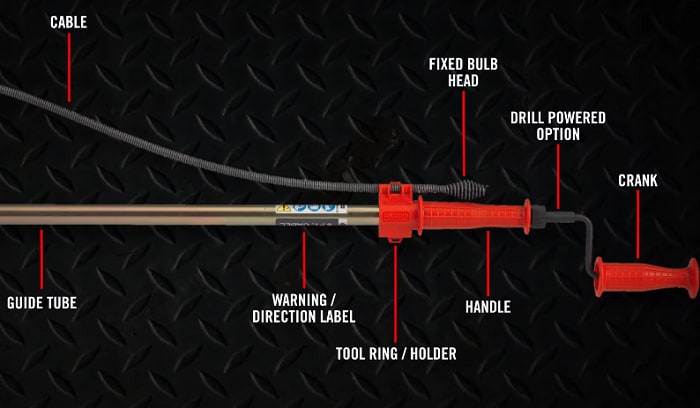 This is the most recommended toilet auger 6 ft. When you aren’t able to eliminate the blockage with the 3 ft augers, you can use this long toilet auger for follow-up. It can reach up to 5 feet of the waste line. Once you’ve used the shorter auger, it will be easy for this one to go through and reach deeper.

It usually has a cable that extends up to 6 feet. RIDGID 6-ft toilet auger snake has a kink-resistant cable that would surely help you with bigger blockages. Just like its 3-ft version, it’s a no-scratch toilet auger so you’ll be at ease using it. 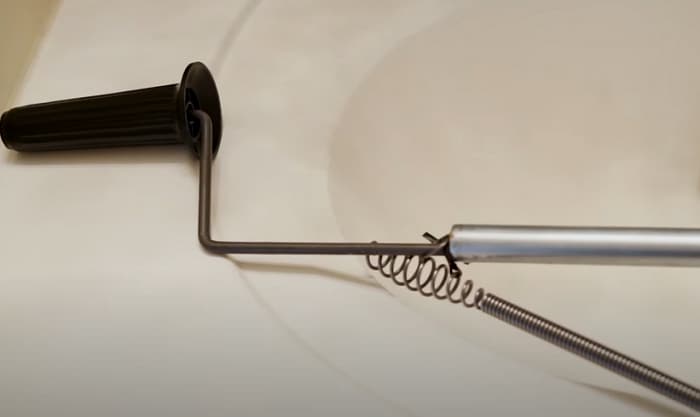 Although it’s mostly recommended to have the 6 ft toilet auger, you’ll find the extra length gets in the way when working. Hence, it’s better to have both. You can have a 3 ft toilet auger if you are not worried about toilet clogs in your household.

Some people buy these two toilet augers in different sizes. They would try to break the blockage by the 3 ft auger. The issue is resolved at times but if not, they would try working with the 6 ft auger. It’s not a waste of money to get both as the 3 ft auger makes it easier for the longer auger to get the job done.

But note that the cost of a 6 ft toilet auger is thrice the 3 ft because more materials are used for its extra length.

Guide on How to Unclog Your Toilet With an Auger

Before working on the toilet clog, you have to prepare things aside from the auger. It can’t be avoided that toilet water splashes everywhere, so wear old clothes. Put on gloves and safety glasses as well. The auger can reveal some things in your toilet. In this case, you’ll need a disposal bag or trash can that is as big as your auger.

There’s a handle that you need to pull on the auger before thrusting it into the toilet. You do it to dismantle the blockage as the end of the cable gets into the part that you can’t see.

You have to twist a handle at the toilet’s top to start working on the blockage. When you rotate the handle, it does the same thing with the cable down into the toilet. While the screwing motion is on, use the other hand to put the auger’s main housing in place. You have to be patient and attentive with the amount of force when twisting the handle. Too much exertion can cause the cable to get tangled.

Depending on the location of the clog, you’ll need to twist the handle in another direction. You’ll know that the cable is into the clog as you can feel some resistance.

Keep on cranking the auger once it’s with the blockage. If the resistance is no longer present, twist it in the opposite direction to retrieve it.

Read more: Ways to unclog a toilet with dish soap.

Even if you feel that the resistance is gone, you still have to check your toilet for assurance. You’re successful with eliminating the clog if the flush goes through the sewer normally.

If the flush doesn’t work as expected, repeat the previous steps. When there’s no improvement even if you tried twice, call the plumber. It’s also necessary to wipe your auger to prevent rusting.

You have to think about the setting of your toilet when deciding over a 3 ft vs 6 ft toilet auger. If you don’t have serious clogging issues with your toilet and there’s no reason for you to fear this problem, you can just have a 3 ft toilet auger. But it’s best to get the longer auger or even both of them if toilet clogging is an ongoing issue in your house.

P Trap vs S Trap Toilet: What Makes Them Different?