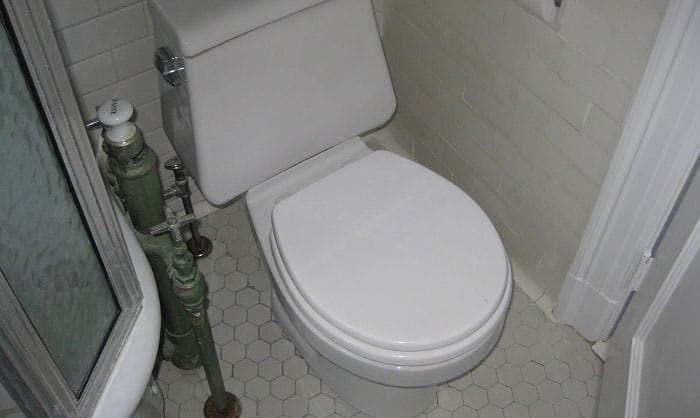 Finding a new toilet or a replacement may put you in the situation of thinking about American Standard vs Mansfield toilets. You may have come to know these reliable brands from a plumber or people close to you.

They both produce modern and functional toilets. You will be in awe of the luxury toilets that they make. You’ll surely be impressed with the durability of American Standard as you get your money’s worth for lasting service. Mansfield is good at crafting toilets that are not prone to clog, so they’re trouble-free.

Your time won’t be wasted reading this article as it will reveal these brands’ strengths, shortcomings, and availability.

American Standard toilets are a global manufacturer that produces ventilation, air conditioner, bath, kitchen, and similar things. The company was established in 1929. In 2007, it was converted into three divisions: kitchen and bathroom, plumbing products, and commercial use such as toilets, toilet seats, bidets, sinks, and faucets.

It maintains its place of being one of the leading toilet brands until now. You’ll also find its price relatively lower than the other excellent brands. Apart from the price, there are other things that you would love about American Standard toilets. Even the American Standard mainstream toilet reviews agree with these statements.

Features of American Standard Toilets That You Would Love 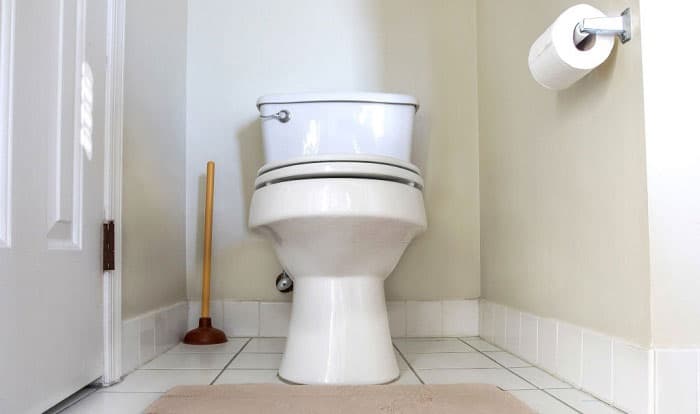 The body of American Standard toilets is made of vitreous china and enamel-coated porcelain. These materials are not only selected for durability, but aesthetics appeal as well. The result is awesome as these toilets are sleeker and more modern-looking than their competitors.

You won’t be dismayed by the durability of every American Standard toilet. Still, you should know that it can be heavy. For example, the Champion 4 one-piece toilet with an elongated bowl weighs 118 pounds. The only disadvantage in this part is the hurdle in transporting, but it’s worth it because it can serve you for 15 years or more without any issues.

American Standard toilets prove their top-notch performance due to their awesome flushing power, tank refill, and draining speed. If you carefully check what’s inside the tank, you’ll discover that there’s a lot of work in making its spectacular mechanism.

The fill valve, tank float, and refill tube are assembled to ensure efficient flushes. A single flush of 1.28 gallons will not require second flushing because the full flush is powerful enough to discard the waste.

These toilets guarantee durability but you can still avail replacement parts. Some American Standard toilets have Power Wash rims that keep the bowl tidy every time you flush. However, all of them carry the Ever Clean surface so you won’t struggle when cleaning them.

To prove that it makes quality products, American Standard provides a warranty for their toilets. You can avail of five or ten years of warranty. It depends on the toilet model. Once the toilet is proven defective, a replacement will be given. Everyone is delighted about it in American Standard toilet reviews.

Mansfield introduced the first-ever pressure-assisted toilet in 1984. You can check out Mansfield Quantum 146.123 as an example. Apart from luxury and affordable toilets, it also produces bidets, urinals, bathtubs, toilet tank trims, kitchen fixtures, and other related items.

Reasons Why Mansfield Toilets Are Popular

With the water-saving toilets of Mansfield, you don’t only lower your water bill but protect the environment as well. Some of its toilets comply with the 1.6 GPF implemented by EPA. High-efficient models are also available and they operate with 1.28 or 1.0 GPF. In addition, Mansfield toilets have WaterSense certification.

Aside from toilets with standard flush, Mansfield released its toilet that works with a dual flush system in 2004. It’s called EcoQuantum toilet that offers full and half flush. This system will let you save water as you don’t need to empty the tank every time you need to get rid of waste.

Everyone has various ideas about bathroom décor and theme. Mansfield creates their toilets not only in white color but in gray, black, off-white, and more. When it comes to bowl shape, round and elongated are available. The example for an elongated is Aegean 705NS and for a round is Summit Round SmartHeight.

These toilets are all made for vitreous china, which promises durability. Expect to see them in different finishes and colors. Furthermore, there is a Mansfield toilet that is floor-mounted and wall-mounted.

Most Mansfield toilets come with one to five years of warranty. Some models have a lifetime warranty. It varies because it sometimes depends on the establishment or shop where you bought the toilet. However, it’s necessary to let a plumber do the installation to avail of the warranty.

In addition, some models like the Mansfield Standard Toilet Alto can last for 20 to 30 years. It’s a decent period to get most of your money from a water-efficient toilet.

Mansfield toilets remain in mid-range. Price variation depends on some special features. Even so, you’ll be able to find an efficient toilet from this company that is within your budget range.

The Contrast Between American Standard and Mansfield Toilets

It’s not easy to evaluate which is better when going through Mansfield vs American Standard toilets. They’re both reputable companies in creating incredible toilets. Still, know how they excel in some important features that a toilet should have.

American Standard toilets have a powerful flush, so multiple flushes are not necessary. Mansfield toilets draw a lower amount of water but are still capable of getting rid of waste. Both of them apply the dual flush system to some of their toilets so you don’t have to use all the water content of the tank. Therefore, they promote water conservation.

Both of them offer a one-piece toilet. I would like to recommend the hygienic Champion 4 from American Standard. It may cost a bit more, but you will be relieved from frequent cleaning.

The Mansfield Aegean one-piece toilet is also a solid choice! It will look great on new bathrooms. However, it sometimes doesn’t come with a seat just like other Mansfield toilets so you have to spend extra on this. Champion 4 and Aegean have a soft close seat and good flushing system.

Some people still want a traditional look. You would find incredible two-piece toilets from these manufacturers. The American Standard Yorkville is an efficient toilet with a pressure-assisted flush system. Still, I must say that the common household won’t embrace it due to its relatively high price.

If you want to save on getting a two-piece toilet, check out the Mansfield Summit dual flush. A full flush for solid water only needs 1.6 gallons, while a half flush consumes 1.1 gallons of water.

American Standard made a toilet for a small bathroom or washroom. It’s called Colony Right Height and it has a 10-inch rough-in. This toilet can let you save water but it will demand a lot of cleaning.

In the part of Mansfield, it doesn’t only focus on household toilets. A floor-mounted, commercial toilet called Adriatic elongated toilet. It contains a flushometer valve to match the high-water pressure in public restrooms. Since it only takes 1.28 gallons for every flush, it’s just right for frequent flushing that always occurs in public toilets.

The comparison of American Standard vs Mansfield toilets shows their wonderful features. They produce toilets in various sizes, colors, designs, and styles. American Standard has a higher price compared to the affordability of Mansfield.

Mansfield may have a longer lifespan but installation requires an expert plumber. But installation can be done easily with American Standard toilets. Since they have pros and cons, you better check a certain toilet model mentioned in this article to find out if it meets your needs.

Korky vs Fluidmaster: Which Toilet Fill Valve Is Better?