Can You Get an STD From a Toilet Seat? (Doctor’s Advice) 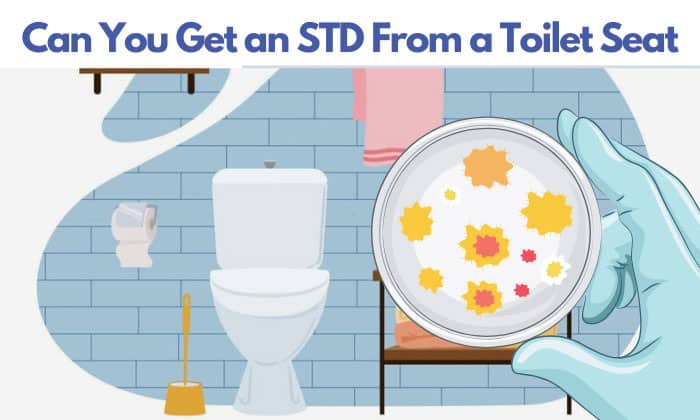 Sexually transmitted diseases or STDs are common; millions get infected annually in different parts of the world. The question is, how is it transmitted? Can you get an STD from a toilet seat, for example?

Contracting STDs from touching a toilet seat is highly improbable. STDs whether bacterial, viral, or parasitic cannot live long enough in a toilet seat to get you infected.

How Likely Is It to Get an STD From a Toilet Seat? 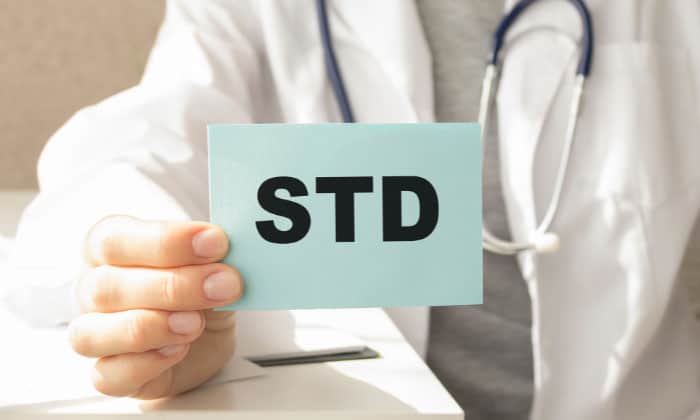 We can divide the kinds of STDs into three which are:

Regarding the possibility of STDs to be transmitted through toilet seats, it’s really unlikely. Read on to know about various types of STDs.

What STDs Can You Get? How Are They Transmitted?

Bacterial STIs need mucous membranes to survive, so can you catch them from public restrooms? Find out in this section the kinds of bacterial STDs and how they can be contracted. 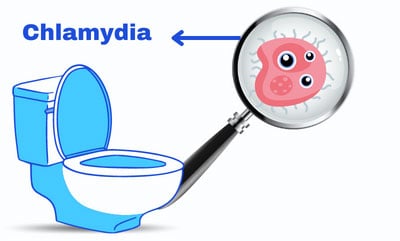 Chlamydia is an STD caused by Chlamydia trachomatis and transmitted through semen or vaginal discharge, usually during sex. This STD can also be passed by:

This means that you can’t get chlamydia from a toilet seat, which is considered casual contact. 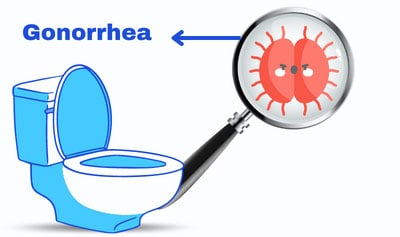 Attributed to the bacteria called Neisseria gonorrhoeae, this STD is also transmitted through sex, but newborn babies can acquire it from their mothers through delivery.

Sure enough, you can’t get gonorrhea from the toilet seat. But what you need to know about this STD is that it can affect your:

These are warm and moist areas that the bacteria can reach by genital contact or through a medium like hands that touch infected genitalia. 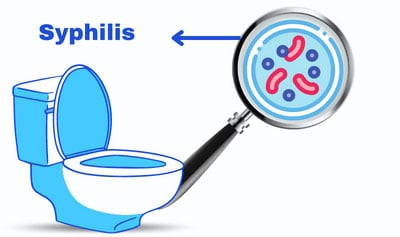 Can you get syphilis from a toilet seat? The answer is no. You can’t acquire this STD caused by Treponema pallidum through casual contact, but you can contract it through:

When this STI is left untreated, it can become tertiary syphilis which is the late stage that can damage the brain, eyes, heart and blood vessels, and other organs in the body.

Between getting an STD from a toilet seat or unclean hands, the latter is more possible which we will learn in this section about viral sexually transmitted infections. 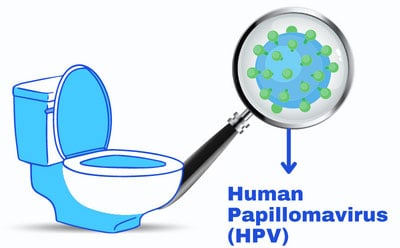 It is possible to contract an STD from a toilet seat like HPV, but only in a “perfect situation” that is improbable to happen: your genitals directly touching a toilet seat with this virus (and remember, the virus dies fast when outside the body!).

HPV has more than 150 types; some are high-risk and some are not. They can spread through: 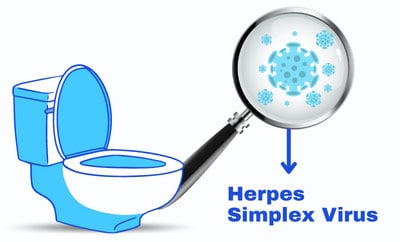 To catch an STD from a toilet seat like herpes is almost impossible since the herpes simplex virus doesn’t survive long when outside the body.

Aside from performing sexual activities, you may acquire it non-sexually if your skin has an opening (e.g. wounds, tears, and scrapes) and it came in contact with the virus. 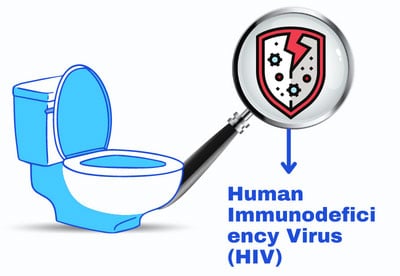 Although we included blood as a carrier of HIV, you cannot acquire it from blood on a toilet seat. This STD cannot be transmitted through casual contact and there is even a low risk of getting it through oral sex.

Acquired Immunodeficiency Syndrome (AIDS) is a more serious version of HIV that you can develop if you let HIV go untreated.

Parasites are the most probable way—out of the previous STDs—to get a sexually transmitted infection by coming into contact with a toilet seat, and we’re going to discuss it in this section.

Also known as “trich,” it is caused by a parasite called trichomona that can be transferred through:

This STD lives in damp or moist areas, and a toilet seat is an example. However, we still need a perfect scenario to contract trichomoniasis this way because our genitalia would have to touch the toilet seat directly while it still has the parasite.

So, even though this is a reasonable way of getting an STI from public toilets, it’s still very rare to the point that the possibility is ruled out. 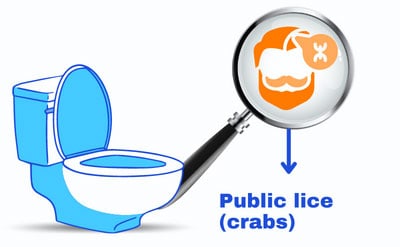 The main villain in this infestation is lice or crabs, which draw blood and cause itching. These lice dwell in people’s public hair and can be spread by:

However, sitting on the toilet seat or other furniture will not give you pubic lice.

What Diseases Can You Get From a Toilet Seat? 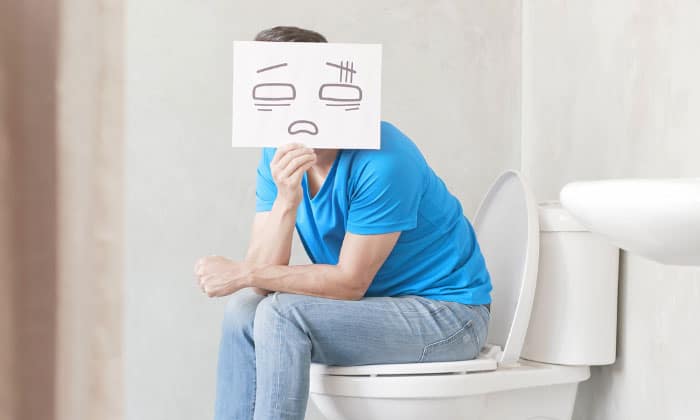 While it’s impossible or improbable to get diseases from toilet seats that are sexually transmitted, there are plenty of types of germs lying in there (and in the bathroom in general!), especially if it’s dirty. Some of them are:

Depending on what bacteria you’re exposed to, it’s common to get diarrhea, soar throat, fever, or cramps.

As Reddit users say, you can also get coronavirus infection from toilet seats, but we have to make it clear that this will only happen if you don’t clean your hands after using the bathroom or public toilet.

How to Prevent STDs From a Toilet Seat

Since contracting STDs from a toilet seat is almost impossible, so you do not have to worry about how to prevent it.

Unless a “perfect situation” occurs that you randomly and immediately sit your genitalia on a toilet bowl with trichomona (a parasite that causes trichomoniasis).

However, we do recommend maintaining proper hygiene such as washing your hands after using a public toilet. Also, remember to clean your home toilet regularly.

The answer to the question “Can you get an STD from a toilet seat?” is no, since the nature of sexually transmitted diseases (bacterial and viral) mostly need warmth or mucous membranes to survive.

While parasitic STDs like trichomoniasis can stay in a damp or moist object like a toilet seat, the genitalia will have to come in direct contact with the seat itself while the parasite is still present. Therefore, contracting sexually transmitted infections in this manner is highly improbable.

Can You Flush the Toilet When the Power is Out? – Answered