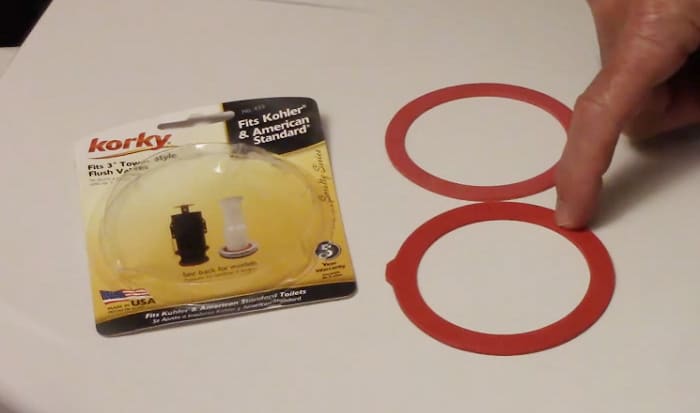 You may be familiar with the basic factors that help you decide on the toilet to buy. They may be about the color, style, flushing system, and water consumption. But how about consideration of the canister flush valve vs flapper? These are vital toilet parts, so you should certainly think about them.

The canister flush valve that is inside the water tank activates after you press the flush handle or button. It releases water into the bowl to create a flush. A flapper is usually found in old toilet models. It is linked to the chain on the flush lever. The flapper stops the water from coming out of the tank but once you push the lever, it lets go of the water to flush your toilet.

This is the gist, but further explanation will help you make the right call. So, read the rest of the article. 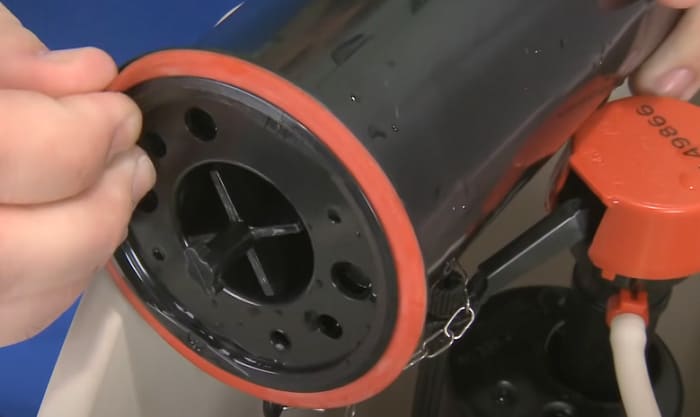 The canister-style flush valve is a flushing system that is composed of a tall, cylindrical valve inside the toilet tank. When pressing the flush button, the valve is lifted to allow water to flow from the valve. Then, flushing of the bowl follows.

This valve is usually large so ample water can be delivered to the bowl. Also, it has unique components that are complex. But the best part is that you almost don’t have to worry about maintenance. 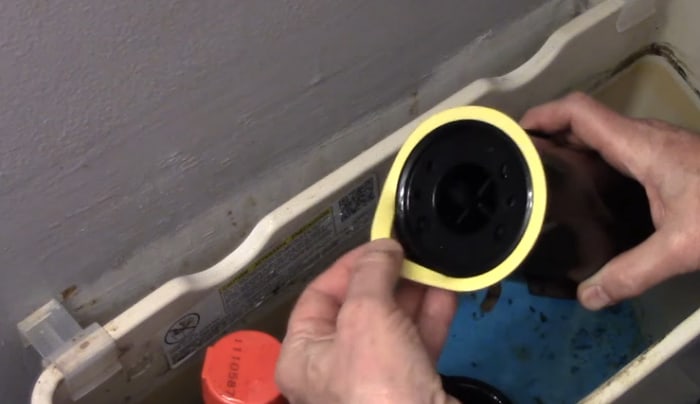 You’ll likely have a flapper flush valve when your toilet is an old model. A cylinder toilet flapper can be made of plastic or rubber. Its role is to stop water from coming out. Hence, it’s like a blockage to the valve unless you push the lever. The flapper is typically attached to a plastic or metal chain.

When pressing the handle or lever, this flapper is lifted to release the water into the bowl. It creates a decent flush that carries water for waste disposal. Most of the toilets have a flapper, especially the affordable ones.

To compare the different types of toilet flush valves, you have to take into account the important factors and discover the most convenient and suitable flushing system.

The larger and wider diameter is an advantage because it means more water, which can add to the strength of the flush and result in faster flushing.

So, let’s look at the diameter of the canister valve and flapper. Generally, the canister flush valve has a 3-inch diameter but it can go up to 3.25 to 3.5 inches. The wider diameter is usually found among high end products like the flush valve kit from Kohler.

In the case of the flapper, the diameter is typically 2 inches. It can go up to 2.5 inches but it’s a rare case even if a flapper is considered a high-end one.

Therefore, it’s clear as daylight that the canister flush valve wins in this aspect. With a wider diameter, the toilet can surely have a powerful and efficient flush.

It’s a win for both flushing systems when it comes to efficiency. However, the canister valve has an edge over the flapper system because it has two options.

The dual flush system can only work if there’s a canister flush valve in a toilet. To make it work, two buttons are added on the toilets like Fine Fixtures dual flush toilet and American Standard 2887218.020.

With a dual flush, you can save water; the first flush can only consume a gallon more than the other 1.6 GPF for solid waste. It’s even lower with American Standard 2887218.020 as the first flush only needs 0.92 gal while the other needs 1.28 gal.

Liquid waste can be disposed of with a less water so you can choose the first flush to avoid wasting excess water. A flapper doesn’t have this feature so it may be less efficient in saving water.

As mentioned, the efficiency of the canister flush valve and flapper doesn’t have a big difference with the exemption of the dual flush feature. It’s the flushing power that can distinguish the big difference.

Since the canister valve has a wider diameter, more water comes out for fast and effective flushing. Apart from successfully sending the waste to the sewer, a powerful flush can clean the surface well.

The flushing power is not only indicated by the valve’s diameter but also the trapway’s size. A toilet with a bigger trapway can create a powerful flush. Besides having a wider diameter, the canister flush valve has a bigger trapway than the flapper.

You may wonder why the canister valve has it all wide and big. Well, it’s newer than the flapper so it means enhancements were applied to its components.

Indeed, the canister valve has more power than the flapper as it can create a quick flush. Still, this doesn’t mean that the flapper is lousy. It is just that its entrance width is not as wide as the canister. With a smaller trapway, the water comes slowly so the flush is not as powerful.

Repairs and replacements are included in the maintenance of these toilet flush valve types. You have to know what each system requires so you can evaluate if you can put up with it or not.

It’s expected that both the canister and flapper will break due to continuous use. The weakness of the flapper is the chain but it’s somewhat easy to repair.

A canister may not bother you sooner than a flapper with repairs that are difficult to deal with. You’ll only need to change the chain with the flapper or replace the flapper seal in some cases. But you will have to be concerned about the canister flush valve seal, buttons, and tower or cylinder.

The challenge is on the many parts to be replaced or the whole system. This can take more time and effort. You have to pay more as well.

Also, check this guide to know what size toilet flapper you need.

The initial cost of a flapper is low and the installation is straightforward because of the simple system. But you’ll need to replace the chain or even the seal over time. A canister flush valve is more expensive. However, necessary repairs and replacements don’t come too soon. Even if replacement is required after a long period, it’s costly and complicated.

Wrap It Up With a Flush!

In this article on canister flush valve vs flapper, you’ve learned about the different flushing systems. The former has enhanced features since it’s the latest invention. You can depend on its quick and powerful flush but these advantages will cost you more. In all fairness, a flapper is also efficient but the flush comes slowly with less power. It has a simple mechanism that won’t bother you during installation and repairs.

How to Adjust Water Level in a Toilet Bowl? – 7 Ways