How to Dissolve Toilet Paper in a Sewer Line? (7 Methods) 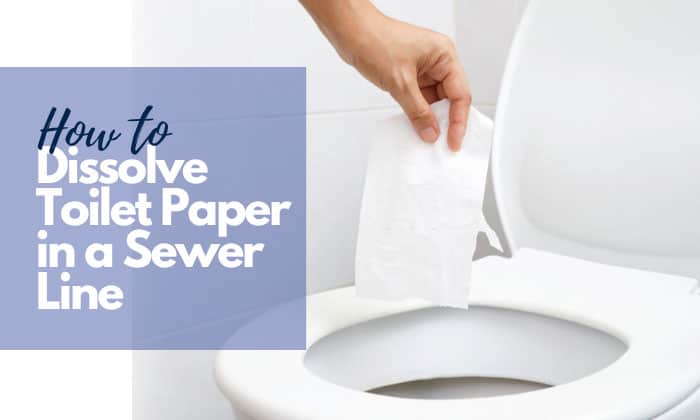 People tend to think that flushing toilet paper down their toilet would be fine. After all, Kleenex, or any other tissue brands in general, would disintegrate when it becomes wet, right?

Although it is generally acceptable to flush these down, toilet papers clogging sewer lines are a common problem among households.

Here are easy ways on how to dissolve toilet paper in a sewer line, together with a few preventive measures for you to better take care of your bathroom throne.

7 Methods to Dissolve Toilet Paper in a Sewer Line 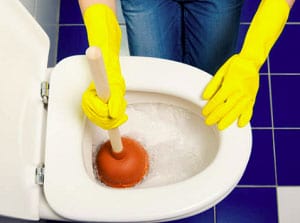 When removing toilet paper clog in main drain, plungers and toilet augers are the usual go-to. These mechanical methods are arguably the fastest way and the most cost-effective.

Breaking and pushing that clog down may not be the tidiest option out there, but these common household tools will definitely get the job done.

To ensure best results, place the plunger’s suction directly on the toilet’s opening and push up and down with force. This should create the vacuum needed to unclog your toilet.

As for the toilet auger, it works either by breaking the obstructions or by pulling out things stuck in toilet pipes.

To use this, gently insert the ‘wire snake’ inside the toilet and into the pipes, then crank the handle. You should slow the rotation down when you feel its corkscrew reach the stuck items.

With several twists, the snake breaks down toilet paper and other blockages inside and may even pick-up some debris.

You may repeat both processes a few more times. Check if the clogging improves by flushing once in a while. 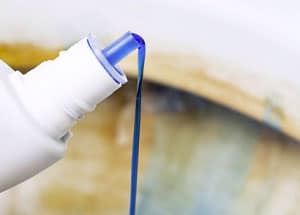 This is a great option for removing blockages as all households, even those in RVs, have dish soaps. It is also a relatively cheap and readily available item.

Basically, the dish soap will make the thick toilet paper and other waste slip and slide down the drain easily.

Similarly, dish soap can also be used to prevent future clogs and even make the toilet smell better. 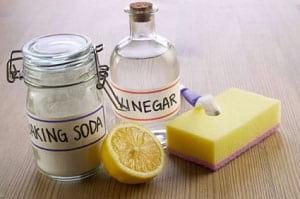 These condiments are known for their versatile use in and out of the kitchen. Unsurprisingly, they work well when too much toilet paper blocks your toilet pipes.

Expect bubbling or fizzing to happen – this means that the reaction is already taking place. The pipes’ temperature will increase, which will help loosen the clogs bit by bit.

You can leave the mixture in the toilet for about 20 minutes before flushing. 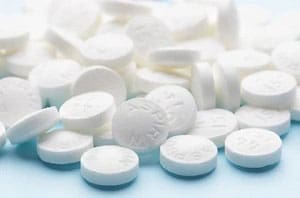 It may come as a surprise, but aspirin tablets are another viable option. Although not the most practical choice, several anecdotes support its claims of effectiveness.

The pain reliever reacts with water and forms salicylic and acetic acid. Both acids would interact and dissolve the toilet paper clogging the toilet.

It is instructed that you put an aspirin in the toilet tank and wait for 15 minutes before flushing the toilet.

Although other methods are more cost-efficient compared to using aspirin, this option will be useful when common supplies are limited or inaccessible. 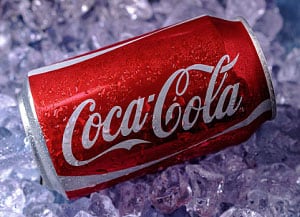 Another unusual ‘cleaning agent’ is in the form of Coke. Thanks to the relatively high levels of phosphoric acid it contains for food, it is another option for dissolving toilet paper clog.

Of course, this method of using Coca-cola is just another home remedy and is not comparable to the strength of commercial drain cleaners.

Although the phosphoric acid from Coke and the sulfuric acid from some commercial products function the same way, their amounts and concentrations are not similar. 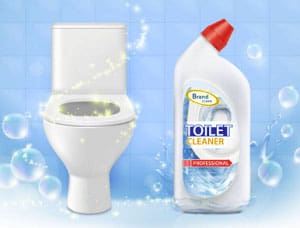 Renowned brands like Rid-X (pronounced as ridex) and Gobbler are made for these specific situations. Refer to their directions when you resort to certain commercial chemical to dissolve toilet paper.

Another well-known brand may come into mind immediately – Drano. Despite its effectiveness with sinks, tubs, and shower drains, it is not recommended for toilet use.

For one, the risk of damaging the toilet’s porcelain is very likely. Also, the toilet’s s-shaped trap is not similar to a sink’s U-trap, where Drano is effective.

Specifically, muriatic acid is not recommended to be used for unclogging since it can destroy metal pipes in your drainage.

To ensure that you avoid risk of further damages, only use chemical products that have good reviews so you can dissolve toilet paper clog in no time. 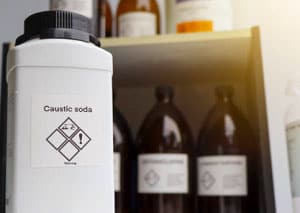 Among the most commonly used basic substances is sodium hydroxide, also known as lye or caustic soda. It is undoubtedly an efficient toilet paper dissolver as it can break any kind of organic material.

These types of strong chemicals carry risks that you should consider first. Avoid mixing with acids, aluminum, and oils to avoid further problems in septic tank. 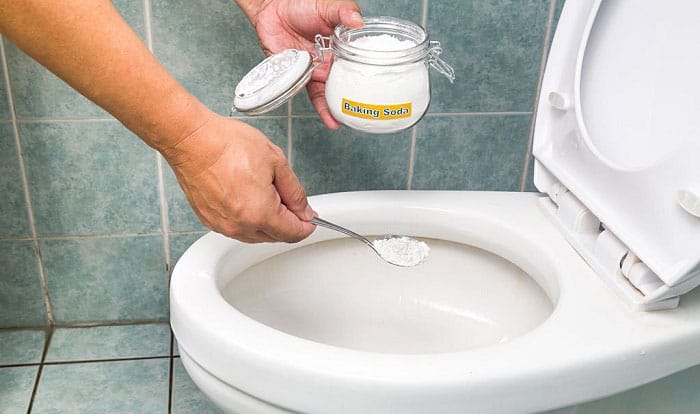 Can you unclog a main sewer line yourself?

It is discouraged to try and unclog it by yourself. Ultimately, any concerns regarding the main sewer line should be reported to city authorities and plumbing professionals.

The few home remedies discussed earlier would be your ‘first aid’ when toilet clogging seems to be a problem. The effects of these DIY methods would be limited to your household’s pipelines – which are under your responsibility.

The main sewer line, however, is your city’s or municipality’s responsibility. Any improvement or damage that will be done will affect your entire neighborhood.

You can also expect that problems as big as this would be costly. So, it is best to consult the authorities and professionals to identify and repair any suspected problem in the main sewer line.

Reasons why toilet paper form clogs in a sewer line

Throwing too much tissue in one instance can lead to the toilet being clogged immediately. Blockages in your vent pipes are the common reasons why even toilet paper causes clogging.

It is not wrong to expect toilet papers to break down when you flush it down the drain. It is actually designed to degrade in water upon disposal. But problems may arise when you throw huge amounts all at once.

Another possibility is that your toilet may be partially clogged already. The disposed toilet paper can join the chunk of waste stuck in the drains, worsening the clog.

Lastly, airflow within the pipes could be inefficient if the vent pipes are blocked. The ideal air pressure entering and coming out of outside drain will be disrupted, causing clogs and even toilet gurgling.

Avoid flushing anything other than human waste in your toilet; even toilet paper is discouraged. No matter how small they are, problems will arise sooner or later when foreign objects accumulate in your drains.

Feminine sanitary products, q-tips, diapers, and wipes, among others, will not be dissolved in the pipes and can just pile up and clog your drain system.

Lastly, and as mentioned earlier, avoid throwing toilet papers in large amounts all at once. Even organic materials that are supposed to disintegrate in toilets can cause problems when the pipes cannot handle the load.

How long should it take for toilet paper to dissolve?

It would take around 30 minutes, or even less, to dissolve toilet paper once flushed. It might be a relatively short time, but it is still important not to flush huge amounts all at once.

Although it should be emphasized that water does not dissolve toilet paper; it is made of cellulose fiber which is not water-soluble. Tissues are more like ‘disintegrated’ or break down while traveling down the pipes.

We have discussed what dissolves toilet paper easily and safely. Be it for a home bathroom or an RV toilet that is clogged, use whichever is readily available in your place.

By knowing how to dissolve toilet paper in a sewer line, not only would you be saving on several bucks for repair, you will also be able to take better care of your drain system, as a whole.

Why Does My Toilet Bowl Empty Itself? How to Fix It?

Can You Be Allergic to Toilet Paper? Find Out Now!