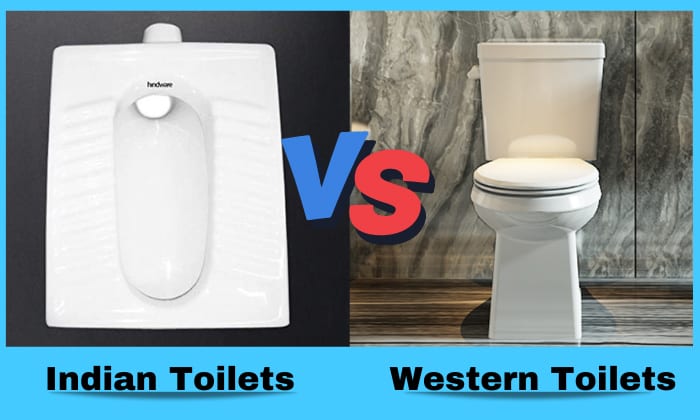 The world is split up into various cultures that differ from one another—from how people eat and talk to how people like their toilets. There has been an ongoing debate, but it’s not what people expect as it’s about Indian toilets vs Western toilets.

That’s right; it’s about toilets. Although it might seem simple, it calls for much-needed attention because of how different the two toilets are.

Indian Toilets Vs. Western Toilets: How Different Are They?

To get to the bottom of the battle between Indian and Western toilets, one must first know what kind of toilet they are and how they work. 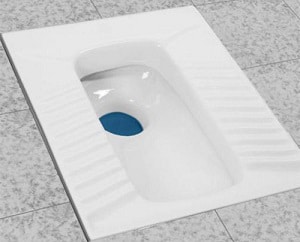 Those who have traveled worldwide might be familiar with the Indian-style toilet. As the name suggests, a squat toilet in India pertains to toilets used by squatting on the ground instead of sitting on a toilet seat.

A typical Indian toilet design is a squatting pan or bowl on the floor that’s often built to make it flush. Aside from India, you can find these toilets across Asia. 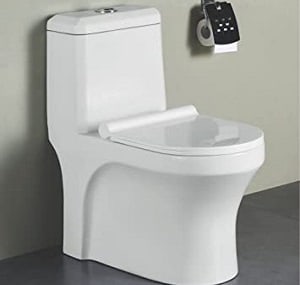 On the other hand, when it comes to Western toilet designs, they often come with a tank connected to a bowl people sit on to use.

These toilets are also called flush toilets since they use water to flush toilet waste. You can find these toilets around the world. In fact, Japan is famous for its functional Western toilet design that takes self-cleaning to the next level.

The Indian toilet, or eastern-style toilet, is also known as the squatting toilet.

Although today’s modern toilet is predominantly designed after western toilets, with some places adopting a commode toilet in India, which is similar to a flush toilet, many people still prefer squat toilets, especially in Asia.

If you’ve never experienced using a squatting toilet before, you might be prejudiced about it, thinking that using it is inconvenient and weird. However, Indian toilets have their pros.

However, Indian toilets also have their disadvantages.

If you look up a picture of a toilet on the internet, you’ll probably see an image of a western toilet. So, you probably don’t need a western toilet review on what it looks like. More people are familiar with its design.

Unfortunately, they do have some disadvantages:

Why Are Indian Toilets Better Than Western Toilets? 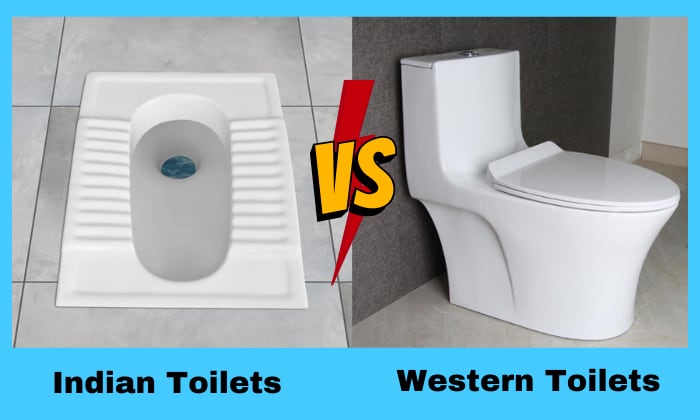 Even though many homes have switched to Western toilets, the Indian-style toilet is still widely used by some countries.

Others made a modern Indian toilet design that fits today’s contemporary look but has the same features.

Indian toilets are better than western toilets because of their various health benefits and convenience.

As many people are well-aware, squatting is a form of exercise that can help the body. However, many people don’t know that squatting helps digestion by increasing the movement of fluids and facilitating waste elimination.

People like it so much that an Indian toilet posture yoga routine has also become famous. Many people practice the Malasana, which is very common among all ages. So, needless to say, when it comes to Indian toilets vs. western toilets, Indian toilets take care of their health and sanitary benefits.

Squat toilets have recently gained a lot of attention because of the ongoing research showing that squatting is the healthiest and most natural way to relieve oneself. Squatting, as opposed to sitting, allows gravity to make more effort by bringing the body into a more vertical position.

However, everything goes down to preference on which toilet, Indian toilets vs western toilets, is more convenient for your current living conditions. The most important thing is that at the end of the day, you can finally do your ‘business.’

Before you go, don’t forget to check other comparisons here:

Can You Be Allergic to Toilet Paper? Find Out Now!