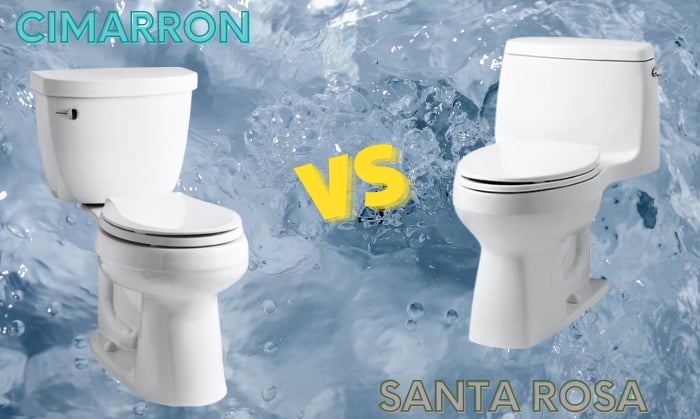 Since they’re in the array of excellent toilets, it’s just right to spend some time evaluating Kohler Santa Rosa vs Cimarron. They have different distinctions for various needs, but both of them are popular.

Naturally, both Santa Rosa and Cimarron have some things in common because they’re manufactured by the same company. They both function with Aquapiston technology for a superb flushing system. Aside from these features, you need to know more about them by reading the entire article. 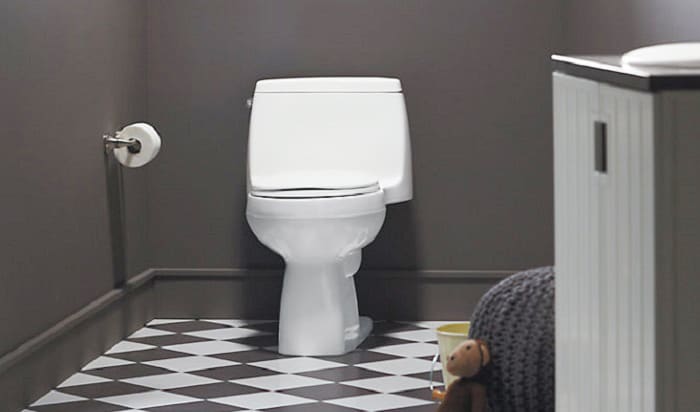 A one-piece toilet doesn’t burden the user with cleaning. Unlike the two-piece style, there are no crevices that you need to be meticulous about. Because of this, you can maintain this toilet with less effort. This design showcases a sleek and modern look. The appeal is the same when you compare Kohler Santa Rosa toilets in various colors.

However, there’s another side of the coin. During transport and delivery, a one-piece toilet is heavy, so it causes inconvenience. Thus, you have to check if there are any damages when it’s delivered to you. When you need to replace this, you have to change the whole thing. In the case of two-piece toilets, only some parts need replacement. Leaking issues will emerge after a long time of use.

2. Compact with its elongated seat

In this Kohler Santa Rosa review, you’ll realize that not all toilets with elongated seats take up a lot of space. This toilet is compact so you‘ll find enough space to sit on its elongated seat.

The Santa Rosa toilet with a round seat is also compact. It has a depth of 27.75 inches which is not common among round toilets. This feature is added for the comfort of all users. You’ll not think twice about replacing an old round toilet with this one as it will come out splendidly!

The Kohler Santa Rosa standard height is 16.5 inches from the bowl rim to the floor. When adding the seat, it turns into 17.5 inches. Therefore, it’s approved by ADA based on their 17 to 19 inches of toilet height standards. Tall individuals, the elderly, and those with movement restrictions won’t find it straining to use this toilet. It gives everyone this experience as it stands like a toilet chair.

There are several reasons why a toilet must have an excellent flushing system. With Aquapiston technology, Santa Rosa has become sought-after as it creates 360 degrees of water flow. Thus, every flush sends waste directly to the sewer. Even though it requires only 1.28 gallons, there’s no need for another flush. So, water conservation is possible and this is the reason why it’s approved by EPA’s WaterSense and CalGreen.

Is there a Kohler Santa Rosa 1.6 GPF? Yes, it has a round front bowl and the same features as its counterpart that works with 1.28 GPF. You may get this if there’s heavy traffic in a bathroom. 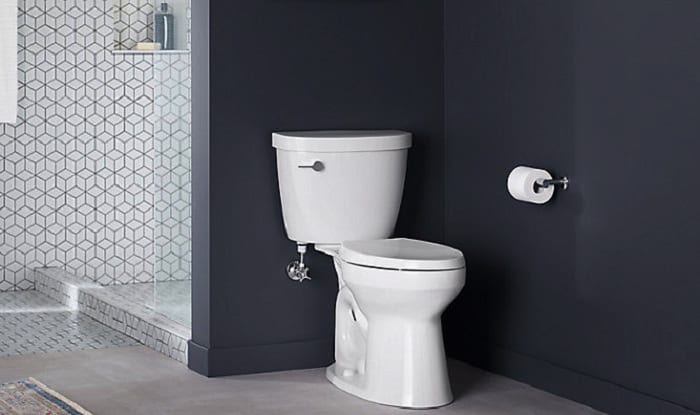 As mentioned, there are 25 toilet models of Cimarron. But the top picks are the K-3609 and K-3589. The former is with 1.28, while the latter works with 1.6 GPF which means it may not be available in some states. There will be a lot of Kohler Cimarron toilet reviews if each model is featured. It’s practical to introduce the general description, and I’ll recommend outstanding ones based on my experiences.

1. One-piece or two-piece? Elongated or round?

Due to various toilet models, there’s also Kohler Cimarron one-piece toilet. It’s the Cimarron K-3828 that has either an elongated or round seat. It’s considered a High-Efficiency Toilet due to its gravity-fed flushing system with Aquapiston technology. To those who still prefer the two-piece toilet, the line of Cimarron won’t run out of models to offer.

Cimarron 5310-95 is a two-piece toilet with an elongated seat and skirted trapway. It has a sleek appearance, making it easier to maintain just like a one-piece toilet. Another two-piece toilet you would likely be interested in is Kohler Cimarron round toilet K-3887-0. It has wonderful features that are usually found in Cimarron toilets.

Cimmaron, just like any other Kohler toilet, has a comfort height that meets the requirements of EPA’s WaterSense. Its flushing system is unique for its terrific performance in getting rid of waste. The flapper is hinged, so the water flows even before the actual flushing occurs. Moreover, the flush valve is made to encourage water pressure for a powerful flush.

3. DryLock on the tank: what’s unique about Cimarron toilets

The installation of Kohler toilets is quite different from other brands. But I think the three-bolt system among Cimarron toilets stands out the most. It makes the connection between tank and bowl secure and free from swaying. This also prevents leaking issues. Apart from the three bolts, an anti-sweating feature is also added to the tank.

It’s necessary since condensation is inevitable when the tank is filled with cold water. The bathroom is humid when it happens. Thus, condensation covers the tank. But Cimarron toilets are not prone to this effect. This wonderful feature can be availed from Cimarron K-3887-U-0, K-3609-U-0, and K-3851-0.

4. What are the issues with Cimarron toilets?

With wonderful features, you may have forgotten about Cimarron toilet problems. But nothing is perfect. The issue that you have to deal with this toilet is clogging. You can sigh with relief as you can prevent it from happening. You need to press the lever for a longer period so clogging won’t occur. 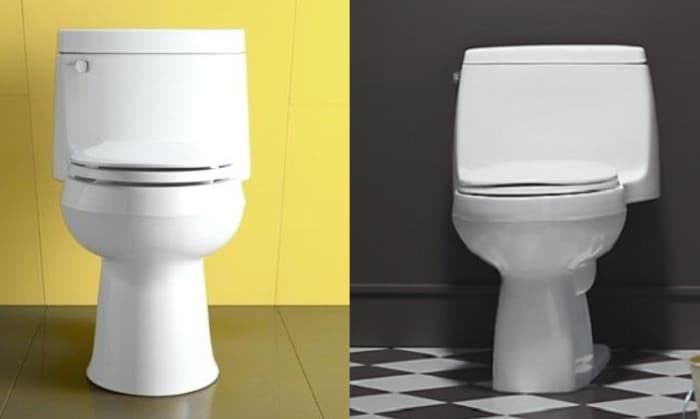 Since they’re from the same company, they inevitably have the same features and they’re the following:

Are There Differences Between These Two Toilets? Which One Is Much Better?

One of them can be the best for a certain user and another person prefers the other. It all depends on the needs and preferences of someone. In terms of flushing performance, they work to the same degree. Here are some factors that would show you which one has an edge.

It’s not confusing to select from Santa Rosa models since there are only two options: 1.28 GPF and 1.6 GPF. With Cimarron, there are a total of 25 toilets to choose from. But it’s up to you if you find more choices an advantage.

In this part, Cimarron is the winner since it has a two-piece version that won’t be prone to leaking. With this type of toilet, the replacement won’t cost you the whole set. You’ll only need damaged parts because of long-term use.

Most users complain about clogging issues with Cimarron, but it’s a rare case with Santa Rosa.

Condensation can happen as the tank is filled with cold water then there’s high humidity in the bathroom. If this happens, you won’t have to sit on a toilet with water on the tank with Cimarron since it has the DryLock feature.

At this point, you can weigh things between Kohler Santa Rosa vs Cimarron because the important features are summed up. If you prefer the modern look, you won’t be disappointed with Santa Rosa since it’s dependable and functional. With the 25 options of Cimarron, there’s no doubt that you can find one that suits your needs.

Washlet vs Bidet – The Most Detailed Comparison

Toto vs American Standard Toilets: Which Toilet is Better?