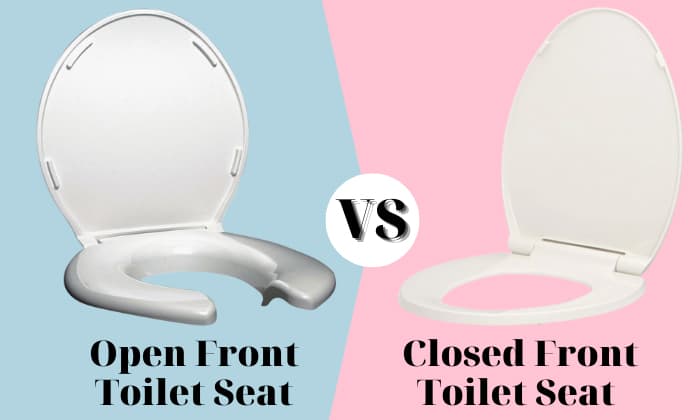 Before sitting on the throne, one usually minds about the cleanliness of the toilet seat. As you may have noticed, it’s sometimes different in public toilets. Hence, an open vs closed-front toilet seat is a worthwhile comparison that sparks curiosity in many.

The open front toilet seats have a horseshoe shape with no lid. If you think about the shape, the gap is in the front of the toilet bowl. This toilet seat is commonly seen in public bathrooms.

Closed-front toilets are mostly in residential bathrooms. They can be round or elongated to keep up with the common toilet bowl shapes. More information will unfold as you continue reading. 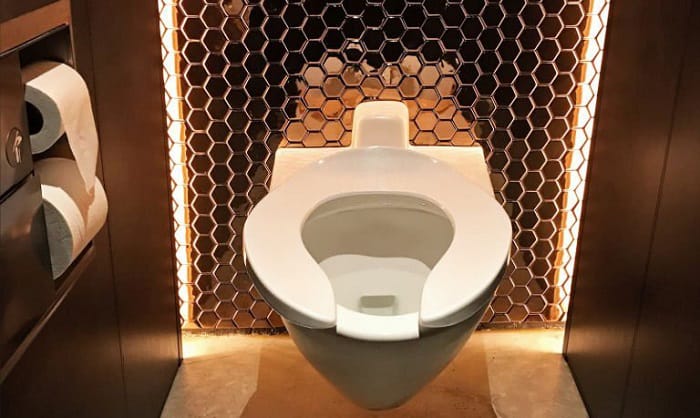 When using a public toilet, you would need to wipe or use a paper cover. You don’t want to directly get in contact with the bowl so you’d venture to squat and balance yourself. However, toilets are not made for the said positions. These are the reasons why toilet seats have a gap. If you still can’t figure out why it was made, this part explains it to you.

It’s not just an added feature to the public toilet as it’s mandated by law. According to the 411.3 section of the Uniform Plumbing Code made by IAPMO or International Association of Plumbing and Mechanical Officials, an open U-shaped toilet seat should be used. There’s no need for a split toilet seat as this plastic cover is enough to address hygienic concerns.

Some women have to deal with urine dribs due to their kids or some males who won’t bother to lift the seat. Of course, you don’t want your thighs to touch urine. Thus, an open-front toilet seat can prevent this mess. Even though it’s a toilet seat with no lid, it can serve its purpose well.

Lynne Simnick, the senior director of IAPMO has spoken about the main purpose of requiring the open-front toilet seat. It’s to allow women to reach their genitals that need wiping.

Their hands won’t touch the surface where urine drips if there is in some occasions. When a woman stands to wipe herself, more drips will land on the toilet seat.

If she stands to wipe herself and then washes her hands, there’s no use as she would hold on to her purse, clothes, and stall door. The possibility of wiping without standing seems trivial but it does a lot for hand hygiene.

Without the gap on the front of the toilet seat, the tissue that you’ll use to wipe yourself may touch bodily fluids from others before getting in contact with your genitals.

There’s no discussion about male vs female toilet seats as this type of toilet seat is also beneficial for men. He won’t worry about the toilet manners of the previous user.

Due to this feature, you have the entire view of the toilet bowl, which is not pleasant to most people. 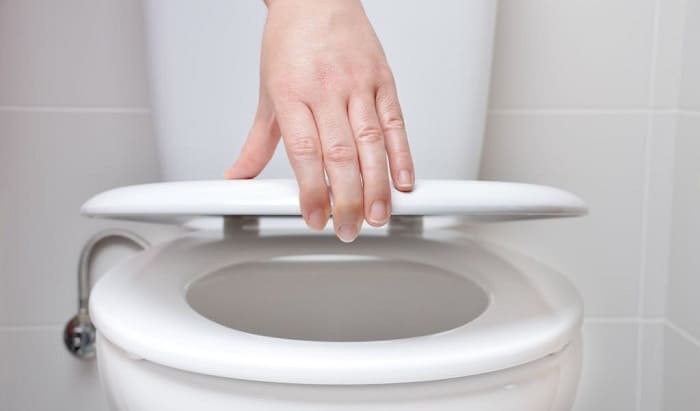 This first-ever toilet seat has a closed front and it has a cover that you can close. The seat and cover are both linked in the same hinge for easy cleaning.

Aside from the various materials such as wood, porcelain, plastic, and steel, there are different closed-front toilet seat types.

Varieties of colors and designs are seen in the market to suit everyone’s taste. All of them are formed for comfort and the shape of the toilet bowl.

Everyone can be pleased with various types of closed-front toilet seats. An elongated toilet seat is common in commercial settings. Its extra space improves sanitation. This shape measures 18 to 20 inches from the front to the middle of the bolt holes.

The other type of closed-front toilet seat is circular. It’s the traditional one usually seen in homes. Most circular toilet seats are white but some are colored with floral designs.

The elongated seat is more expensive than the circular type but it promises more comfort. But make sure that your bathroom has ample space for this toilet bowl. On the other hand, the circular toilet seat can save some space.

Despite the various shapes, the closed-front toilet seats are prone to urine drippings. If the previous user made a mess, it would be inconvenient for the next user. One may need to clean the toilet before using it.

To compare these two toilet seats, it’s best to focus on the important points, which are as follows:

It’s not that most people have already gotten used to closed-front toilet seats but it’s the winner when it comes to appearance and aesthetics.

The open or the horseshoe toilet seat doesn’t have a lid. Thus, you can directly see the inside of the bowl. It doesn’t have to be intricate since it’s always in an enclosed stall.

Bathroom décor is important to many homeowners. With the various designs and shapes of closed-front toilet seats, there’s surely one that can suit your bathroom theme. Apart from circular and elongated toilet seats, there are D-shaped, square, and wrap-over toilet seats.

The d-shaped toilet seat is an upgrade of the square type. But both of these styles bring out the modern effect that you may like. On the other hand, a wrap-over toilet seat is modern, minimalist, and stylish. It fully covers the seat for hygienic purposes.

Some open-front toilet seats have a cover and some don’t. But they’re easier to clean than the closed-front toilet seats. It’s a big favor for utility workers that regularly clean the toilet in commercial buildings.

Although the open part of the oval-shaped toilet seat makes it hygienic in several instances, there are some things that you have to weigh in.

Closed-front toilet seats are common in houses where there can be one, two, or fewer toilets. Also, few users don’t sit on the toilet all day. It’s safe to say that these seats can’t easily accumulate numerous germs.

Aside from avoiding getting in contact with bodily fluids when on an open-front toilet seat, there’s a smaller part that needs to be cleaned compared to its counterpart. However, public toilets accommodate high traffic and various users come and go.

The basic toilet seat that’s open on the front side is less expensive than the closed-front type. It uses smaller material than the latter and it’s relatively thinner. Less material is applied on open-front toilet seats that don’t have lids.

In the case of closed-front toilet seats, they’re lidded and thicker. You have to pay more for the colors and designs of some of these seats.

But upgraded open-front toilet seats can be expensive as well. There are larger sizes that are helpful in medical use.

IAPMO has all the valid reasons to require the open-front toilet seats in public toilets. It’s not hard to get used to it as you can choose the one that you like for your toilet in your house. Hence, you know now what’s the real score in open vs closed-front toilet seat.

Open-front toilet seats are just right for public toilets as they’re easier to clean and less expensive. You can take advantage of the aesthetics and comfort of the closed-front toilet at home.

Lysol vs Clorox Toilet Bowl Cleaner: Which is the Best Cleaner?

Tankless Toilet vs Tank Toilet: Which is a Better Toilet?