Siphonic Jet vs Gravity-fed Toilet: Which One Is Better? 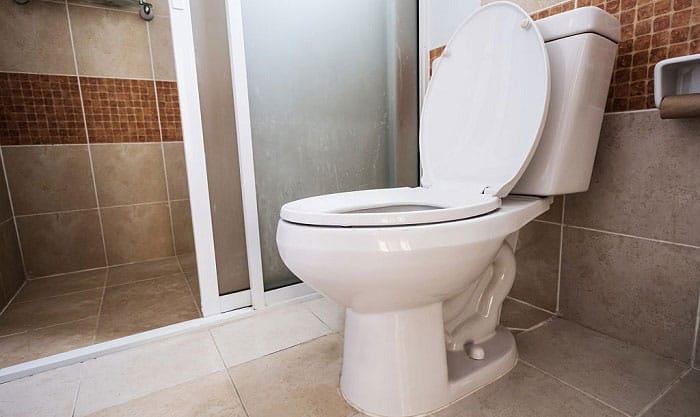 The flushing system and performance are what every person looks at before buying a toilet. They are the main factors in the operation and therefore, must be excellent.

Siphonic jet toilets have an S-shaped trapway that leads the waste to the sewer, while gravity-fed toilets apply downward force to eliminate waste.

The description for each toilet sounds good. But you shouldn’t forget that at the end of the day, you should get the one that suits your needs. In regards to this, our article on siphon jet toilets vs gravity fed toilets will help. 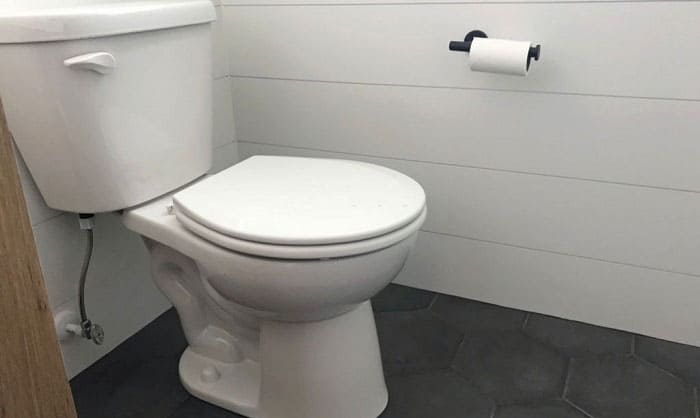 When you press the lever on a siphonic jet toilet, the water is released from the cistern and forcefully proceeds to the toilet bowl. In this operation, you’ll notice that water rises then subsides quickly to snatch the waste away.

It applies a swift release of water so the waste can successfully exit. What exactly happens in this toilet is the creation of a siphon or vacuum responsible for discarding the waste.

The power is amazing as it flushes down the waste without leaving any bits and streaks on the interior of the bowl. This effect sparked its popularity nowadays. When the vacuum is gone, you’ll hear a gurgling sound. The next thing that happens is water refilling in the tank for the next flush.

In terms of appearance, siphonic jet toilets have a trapway that is in an S or reverse P shape. One end of the trapway is connected to the inlet and the other end is to the sewage line. The waste gets out quickly through the trapway with the efficient siphon jet flush action!

Most siphonic jet toilets require four gallons for every flush. But the government imposed the regulation of 1.6 gallons of water per flush for conservation. Hence, toilet manufacturers modified the toilet’s design to observe the mandate. To abide by the rules, siphonic jet toilets work with a lower amount of water for flushing. Both the government and users are pleased with it.

This toilet is known for its high level of water in the bowl. It’s an advantage as it covers the toxic gas from the plumbing. The higher water level is a valuable point in the comparison of siphon jet vs gravity flush.

Due to its quick, strong flush, the bowl of a siphonic jet toilet can be kept clean all the time. Skid marks and waste particles rarely stick inside the bowl. Although it works with a powerful flush, it remains quiet when used. 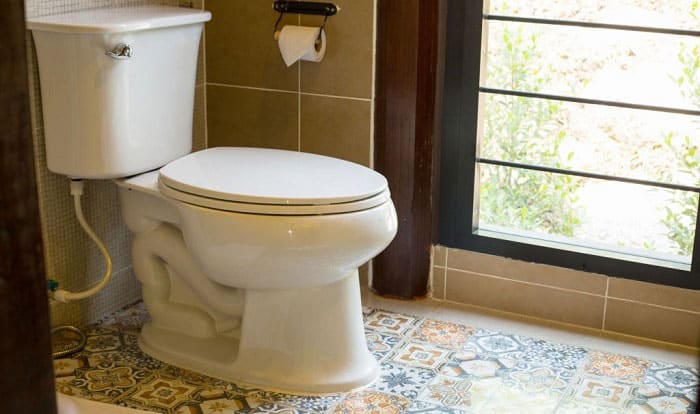 Those who stayed in Europe for a reasonable time would have discovered that gravity-fed toilets are common. Recently, this toilet has also attracted many American users. It’s because of the chance to avoid wasting water.

You can get the clue on how this toilet works from its name. The flushing process is accomplished with the help of gravity. It may sound complicated but it’s really not. After pressing the button or lever, there’s a force that takes out water from the tank to clean the bowl and get rid of waste.

The gravity-fed toilet flushing system has a straight trapway. It works with sheer force and water weight that form a gravitational pull. Hence, the water is directed at flushing down the waste and passing through the straight trapway. With its trapway structure, clogging is not a problem.

The design of gravity-fed toilets is aimed at water conservation. It typically works with a dual flush system composed of full and half flush. The full flush consumes 1.6 gallons of water and it’s for solid waste. It may also be utilized when cleaning the toilet.

On the other hand, half flush needs 0.8 gallon to discard liquid waste. With this system, you don’t have to empty the tank every time you flush.

Being able to save water is one good reason to get this toilet. Another reason is that you can save space. Hence, those who have a small bathroom love it! The straight trapway relieves you from clogging problems as well.

Which is Better: Siphonic Jet vs Gravity-fed

After showing you the basics of these flushing systems, it’s the right time to discuss siphonic jet vs gravity fed.

This is the main difference between these two flushing systems. Since the gravity-fed toilet uses the weight of the water as it rushes down when flushing the waste, it doesn’t need a lot of water. It supports water conservation as it only needs a small amount of water. Therefore, siphonic jet toilets use twice as much water as gravity toilets.

Gravity-fed toilets prevent clogging thanks to the large and wide-open structure! Flushing will rarely cause clogging. Toilets with a siphonic jet system won’t give you the trouble of dealing with clogging.

The amount of force that accompanies the water flow leads to the efficient siphoning of wastewater. However, this toilet has a relatively narrower trapway, which is one of the causes of clogging.

Siphonic jet toilets have the edge when it comes to noise level. Although there’s a sudden supply of air at the end of the flush, it’s quieter than the gravity-fed toilet. When the gravity-fed toilet works, slamming of the water on the toilet bowl occurs. However, you may counter this by soundproofing your bathroom.

Since the gravity-fed toilet is shorter and narrower, you can save space after installing it. On the other hand, a siphonic jet toilet bears a large bowl to pave way for higher water levels.

Siphonic jet toilets do better in maintaining cleanliness. It functions well with the assurance of cleanliness in terms of visuals and smell. The powerful suction from the siphon jet of air compels the wastewater to leave the bowl sparkling clean.

Furthermore, more water stays in the bowl. This supply will block the unpleasant smell that may come from the sewage. So, the bathroom’s atmosphere is free from foul odors.

Things to Consider in Choosing the Ideal Toilet

Here’s a breakdown of the strengths and downsides of the siphonic jet toilet and gravity-fed toilet.

Considerations in Your End

If one of your pet peeves is the residue left after flushing, a siphonic-jet toilet won’t bother you. Apart from the powerful siphon of air and supply of water working together, the water level that stays in the bowl eliminates issues of skid marks.

Not everyone has ample space in their bathroom or washroom. This is a crucial part to look at when purchasing a new toilet. Between these two types of toilets, the gravity-fed is smaller and narrower so it’s the winner in this part. It won’t give you a hard time fitting it to a small area. The leading toilet models with a gravity-fed system are Kohler Santa Rosa, Toto Drake 2, and Toto Eco Ultramax.

Despite their powerful flushing performance, it’s still worthy to compare siphonic jet vs gravity-fed toilets. The former favors those who want to easily keep the toilet bowl clean and not face any skid marks and waste particles. You’ll like that this toilet is relatively quieter when flushing. The gravity-fed toilet is for individuals who don’t have much space in their bathroom. In addition, it’s great because it won’t cause clogging issues.

Can I Put an Elongated Toilet Seat on a Round Toilet?

What Is an ADA Toilet? – A Detailed Instruction