Buyers want to purchase the best toilet bowl in the market. If you’re one of them, it’s good that you’re here to check Toto Drake vs Drake ii, the excellent and trusted flushing toilets of the majority.

Toto Drake has 1.6 gallons per flush while it’s 1.28 gallons for Toto Drake ii. Concerning function, Toto Drake has a G-Max flushing system and Toto Drake ii has a Tornado flush system. Toto Drake is not offered in California, Texas, and Colorado whereas Toto Drake ii is sold in all parts of the U.S because it is more water-efficient and WaterSense certified.

Even though there are some differences, These Toto drake toilets are both powerful. You’ll only have to pick the one that suits your needs and preference. The information laid out in Toto Drake vs Toto Drake ii will help you decide.

First and foremost, get to know these two toilets based on their strengths and weaknesses.

A Toto drake is a single flush with an elongated bowl and comfortable height. You can find a lot of models of these two-piece toilets but I would suggest CST744SL. Colonial white, cotton white, ebony or black, and Sedona beige are the color options.

A single flush and two pieces of elongated bowl design also complete the Toto Drake ii toilet. It has a comfortable height and is in various colors, such as bone, colonial white, cotton white, ebony, and Sedona beige.

This one is an improvement of the Toto Drake toilet so most consumers consider it as the better toilet. 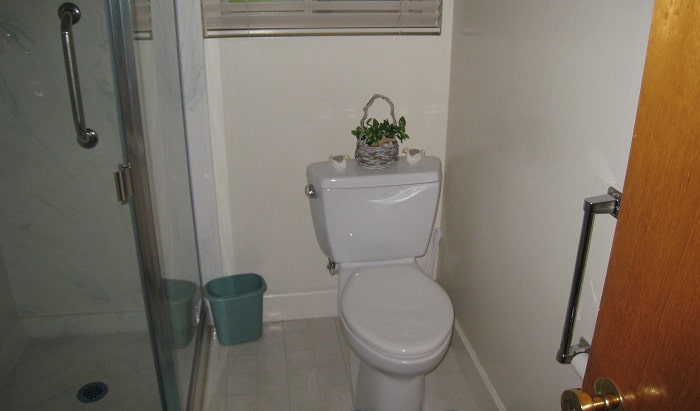 Aside from the strengths and weaknesses of each Toto toilet, let’s look at the important features of reliable toilets.

A powerful flushing system is the most important feature among toilet models. There are different flushing systems but weak ones can cause trouble. You may need to flush twice or thrice.

Toto toilets have an extra-large valve that restrains clogging. Drake I is one of the G Max flush toilets and it proves to be as powerful and efficient. It features a 2-inch flush valve that quickens the delivery of water to the bowl. This ability corresponds to extra force for a stronger flush.

Drake ii works with a tornado flush system that has a 3-inch flush valve and two nozzles located at the bowl’s sides. The water goes into the nozzles when flushing.

The nozzles face sideways when the water enters the bowl. This function creates powerful vortexes to flush waste efficiently. Furthermore, this vortex action works way better than the common rim holes because it can scrub and rinse the bowl surface very well. It also prevents clogging as it washes away mineral deposits and molds.

When flushing, you’ll see what seems to be a pair of cyclones. They’re the reason why the name, ‘Tornado flush system’ is given to this toilet.

Toto Drake and Toto Drake ii have strong flush technology and a quieter flush than other toilet brands. The latter is a tad better due to low water usage and rim holes that are not hard to clean.

If you wish to have a higher seat, go for Toto Drake I as it has a 16.5-inch height, which is higher than the 16.125 inches of Drake ii toilets. However, note that they’re both ADA-compliant toilets.

ADA or Americans with Disabilities Act requires 17 to 19 inches of toilet seat height. With this standard, you’ll get the universal height of the toilet. This guarantees comfort when sitting and standing while using the toilet. Tall, elderly, or disabled people benefit the most from these modern toilets.

However, they both don’t come with a seat. Once installed, you’ll be sitting with Toto Drake at 17.625 inches and 17.25 inches on Toto Drake ii.

The front part of these toilets is opposite to round bowls as they have elongated bowls. This shape offers more sitting space, which, in turn, ensures comfort. Their bowls are both 18.5 inches wide with a standard bolt spread of 5.5 inches.

The rough-in of a toilet bowl refers to the space between the drainpipe’s center and the rear-finished wall of a toilet. The other way to get the measurement is getting the length from the wall up to the two toilet bolts.

For those who fancy a 14-inch rough-in, I recommend the Toto Vespin which is a skirted version of the Drake ii. Even though Toto Vespin has a rough-in of 12 inches, it can become 10 to 14 inches due to its skirted design transformed by the Toto unifit adapter.

Aesthetics or appearance is also crucial when buying a toilet as it’s one of the fundamentals to make your toilet look great and stylish. I think you’ll agree with me if I say that Drake ii looks better than Toto Drake.

When it comes to the structure, the tank of the original Drake is wide at the top and narrow at the bottom. On the other hand, the tank of Drake ii is just straight. The front side of the former is flat while the former is curved. This is the reason why it’s sleeker than the former.

The view from the back part becomes narrow as you approach the tank of the Toto Drake. However, Drake ii is even from behind, which improves its design.

It’s common knowledge that porcelain is used to make toilet bowls. You should also know that this material contains tiny holes that make it hard to clean as dirt will tend to embed in them. If you notice, poop sometimes sticks on the toilet.

If you inspect every inch of Toto Drake and Drake ii, you can see that the former is cleaner and shinier than the latter. It’s because the bowl surface is coated with Cefiontect glaze.

Thus, Toto Drake ii is easy to clean even without the help of harsh chemicals or polishing powders. There’s also no need for frequent cleaning, which you may need to do with Toto Drake.

Both of them are two-piece toilets with toilet tanks and bowls that are separated from each other. They are easier to move than the one-piece type but bolting is necessary.

This is also an important factor when choosing the right toilet bowl for you. When you save water, you’ll only pay for a lower bill. Toilets in particular states are required to have less than 1.28 GPF. Living in those areas leaves you with no choice but to adhere to regulations.

Among these two toilet bowls, Drake ii is more efficient than the Toto Drake because of its low consumption and is WaterSense certified. You can get it if your state doesn’t have a requirement and it’s the one that you seek for.

There are similarities and differences between the Toto Drake vs Drake ii. With the mentioned features, Drake ii appears to excel as it’s an improved version. It’s robust, easy to clean, and better-looking. But Drake i is an affordable option with a higher seat.

Regardless of the one you choose, however, you’ll get your money’s worth as they both have an excellent flushing system. Also, if you still feel like you haven’t found the answer you’re looking for, check our related comparison below: