Vault Toilet vs Pit Toilet – What Are They, Pros & Cons 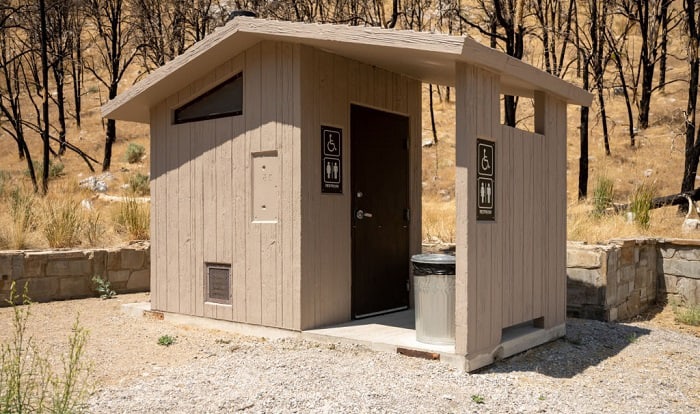 Even though they’re both acceptable solutions when sewage or clear water is not available, it’s still necessary to weigh a vault toilet vs pit toilet. Clarification is essential to tell them apart as they function with a similar concept.

A pit toilet is also called a pit latrine and it’s a hole in the ground with a squatting pan or toilet seat around it. Its primary parts are the hole, concrete slab with a hole, and shelter.

A vault toilet is a non-flush toilet in a sealed container or vault that is buried in the ground. The good thing about it is that it can be transferred to various places. Ideally, it’s used during festivals. To get every detail about a pit toilet vs vault toilet, read on.

What Is a Vault Toilet

A large sealed underground tank stores the waste for a vault toilet without needing any amount of water. It’s utilized in leisure areas and other spaces open for the public. Hence, it’s also called vault toilet camping.

It’s available in various options like single and double vault toilets. There’s also the unisex type. Different materials are used to make them, such as plastic, polyethylene, strengthened cement, and wood. You can depend on its structure for comfort and privacy.

Plastic vault toilets are transferable and you can’t do it with other kinds of vault toilets. But the polyethylene vaults deliver long-lasting usage. They won’t cause pollution because there’s no splitting or leaking as well.

How Does a Vault Toilet Operate 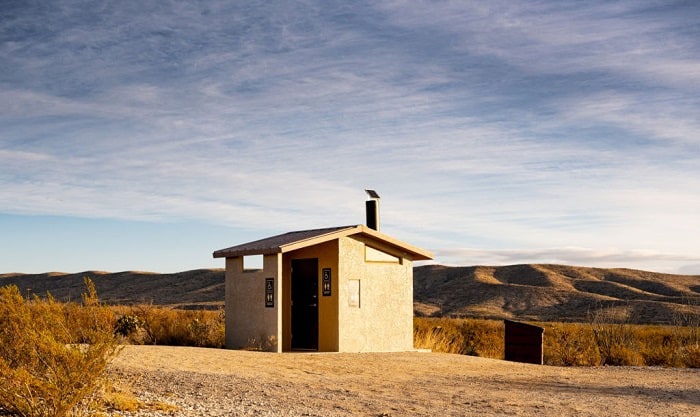 The tank or cylinder for a vault toilet can hold up to a thousand gallons of waste. This is the main vault toilet meaning. Depending on the manufacturer, the capacity can be 13,000 gallons. The underground vault should be reinforced by a concrete floor.

A slope is also important to not impede the flow of waste. The content of the tank will be taken care of by the municipal pump. It can be done once a week or every two weeks. Odor is not a problem if there’s not much wind.

The Design of a Vault Toilet

By following the vault toilet design, you can convert a pit toilet into a vault toilet. Digging is still needed and a hole should be enough to hold the waste container. In the past, the container was commonly made of concrete. Now, it’s made of cross-linked polyethylene that doesn’t easily leak, crack, or decompose.

When the tank fills up, the waste can be pumped up and taken away by a truck. Thus, you won’t be required to relocate the toilet. That’s why it’s the best option for permanent waste solutions in distant areas. However, it’s not recommended in places that you can only access by foot.

The US Forest Service has been using vault toilets extensively but there’s just one problem. Hauling the waste away needs a wide road, which doesn’t exist in remote areas. In this case, pit toilets camping style are utilized instead.

Taking Care of a Vault Toilet

A vault toilet is not exempted from bacteria. Just like any other toilet, unfriendly microorganisms can grow on it. It needs to be sterilized and emptied regularly to prevent bacteria growth. You can have sewage treatment with Valterra Pure Power Blue Waste Digester and Odor Eliminator, Green Gobbler Septic Saver, and Roebic Laboratories Septic System Treatment.

Disadvantages of Using a Vault Toilet

There are two things that you have to deal with when using a vault toilet. It needs to be cleaned, emptied, and sanitized regularly. In unfortunate circumstances, you will be surprised by a foul smell if the ventilation system breaks down.

What is a Pit Toilet 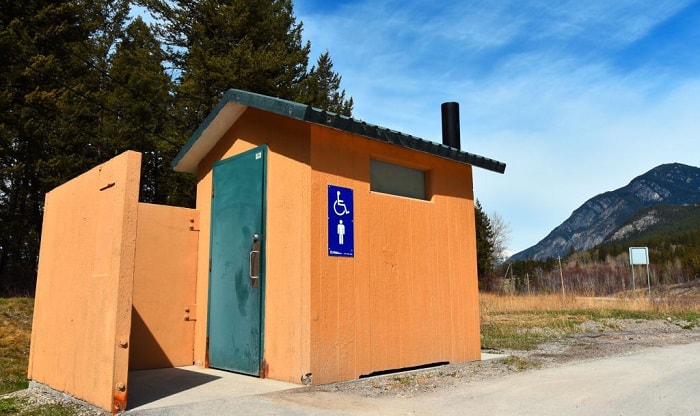 A pit toilet is a sanitary equipment that holds the on-site waste. It’s composed of an unlined or treated hole with a strengthening material to contain the waste. You can avail of its service for 10 to 30 years. However, other factors can affect the length of service like construction and frequency of use.

Generally, a pit toilet is used for less than five years before it is buried or evacuated. It may only be a single or dual pit created for a family or social purposes. Some may be ventilated.

The primary goals for a pit toilet are collecting waste material and impeding ecological and health exposure. It doesn’t work on lowering pathogen concentrations. However, the initial concentration in it has a huge impact on getting rid of pathogens. It can only happen if there’s a proper temperature and humidity level.

A pit toilet must be emptied of feces gunk because extended storage is hazardous to human health. If not done at the appropriate time, it awakens the concern of helminths and Ascaris.

Things to Look at Before Having a Pit Toilet

The drop hole of a pit toilet shouldn’t be over 25 centimeters. Take note of this so accidents like youngsters falling in it won’t happen. Another intention is to keep flies away from it and restrain odor from coming out.

A lid either made of wood or plastic is used to cover the hole when the toilet is not in use. The toilet or squatting pan is placed in a shed, shelter, or designated area. However, it’s not always the case.

Dehydration toilets don’t directly contribute to pathogen reduction. Since the feces are contained in the hole, it lowers the chances that users will be affected by pathogens. A single pit is most suited in areas with scarce resources and low groundwater tables.

There’s difficulty in draining, which is much worse in highly populated areas as there’s not enough space for penetration. Therefore, single pits should be placed in rural and peri-urban areas. They won’t be good on packed or rocky soil and flood-prone places. Just imagine how hard it is to dig in those areas!

To begin building a pit toilet, you have to find a good location to dig a big hole. You can make a shelter around it. The waste will stay in the hole until it naturally decomposes and becomes one with nature. Here are some disadvantages despite being a straightforward solution that doesn’t need maintenance.

The differences in vault toilet vs pit toilet are clear. Since the waste in a vault toilet is in a container, it can be detrimental to human health when it turns slurry. But it can be emptied so you can hinder it from happening. It can be of service for many years as long as you clean and maintain it properly.

On the other hand, you can choose the pit toilet if you wish to have an ecological toilet. The waste remains and decomposes in the pit. Eventually, it becomes compost.

Delta vs Kohler Toilet: Which Brand Should You Choose?