What is a Vault Toilet? Everything You Should Know! 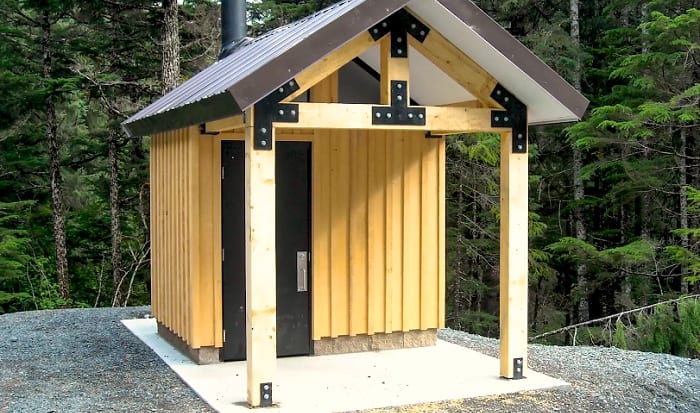 What is a vault toilet? A toilet vault is a waterless or non-flush type of toilet. It’s usually built on areas with drivable road access like campgrounds and parks. This toilet can also be described as a temporary waste site as it doesn’t have running water or sewer pipes and the plastic type is moveable.

A vault toilet, sometimes called a vault privy or camping vault toilet, is composed of vaults that have a weight capacity of 750 to 1,000 gallons. Some can accommodate up to 13,000 gallons of waste. Vault toilets have vents for odor control. These vents are also the passage to pump out waste.

If you haven’t used a vault toilet, you’ll naturally be curious about it. Don’t worry as this article is made to answer all your queries.

What is a Vault Restroom? 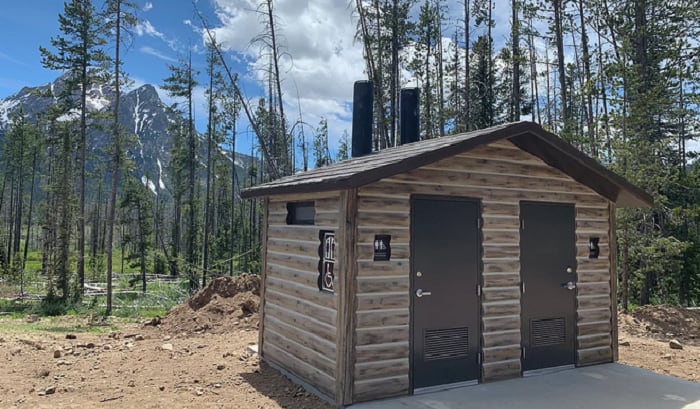 Apart from the short vault toilet meaning in the introduction, there’s more to learn about this kind of toilet since you can’t find it in households.

A vault restroom was invented by the US Forest Service. It’s a cost-effective type of toilet that’s odorless and stench-free as long as it’s maintained properly.

It can be made of one or two vaults without any signage as this is a unisex toilet. Plastic, cross-linked polyethylene, reinforced concrete, and wooden frames are the materials generally used to build a vault toilet.

Furthermore, there are vault cubicles inside this restroom. A fiberglass riser is found in every cubicle that has a hole on the floor and a top lid. Putting on the lid after use and closing the toilet will prevent bad odor from spreading inside the cubicle.

How deep is a vault toilet? The vaults are buried five feet deep in the ground. After installation, a concrete slab is poured into their base, and this is also connected to the vent pipe. This is the structure of accessible vault toilets that are permanent and odor-free.

Besides the definition and structure, you have to learn about the capacity of a vault restroom. Based on the diagram with a 60-inch turning circle of CXT double Cascadian vault restroom, it can hold 1,000 gallons, which is equivalent to 15,000 uses. Some vaults are larger and can accommodate up to 13,000 gallons.

CXT provides concrete restrooms throughout the United States and Canada. It has representatives all over the said countries so you can contact them for vault restrooms. There’s an option of adding a wastebasket but for a separate cost.

How Do Vault Toilets Work?

Vault toilets, as the term suggests, have an external container that can accommodate a thousand gallons of waste. Some vaults are limited to 1,000 gallons but others are large enough to hold 13,000 gallons. Well, it’s all about the design and purpose.

The container or tank is buried 5 feet underground and placed on a slope to let the waste go down smoothly. A concrete slab is placed on top of it for stability. Due to this setup, a vault toilet is sometimes confused with a pit toilet.

Although both of them store waste underground, they’re different from each other. A vault toilet has a vault for waste, which is pumped out when the storage is full. The pumping is done every one or two weeks by the municipal council. On the other hand, decomposition occurs in a pit and it’s abandoned once it’s full.

Vault toilets are particularly odorless. However, this is not always the case as wind is the one that gets rid of the stench. When it’s absent, the toilet will be clouded with a bad odor, which can spread to other buildings.

If the wind is too strong, it can blow the disgusting odor to other places. It’s known that wind creates pressure and the air tends to exit in a less pressurized atmosphere. Therefore, the increased air pressure inside the vault toilet forms a forced pathway to release the stench.

The heat from the sun has something to do with the release of odor from the toilet. It should reach the vent on the roof to force the stench out of the pipe. You don’t smell the bad odor because of the hot air presence.

Things will get worse if the sunlight is obstructed by trees or other structures or there’s no sun at all. Moreover, the air becomes stagnant in the pipe. So, you can’t avoid smelling the unpleasant smell when getting inside a vault toilet.

Where Are Vault Toilets Used?

You can find a vault toilet at a campground, recreational park, and other distant areas with good access roads. It’s vital since the sewage pumping truck needs a way to reach the toilets. If there’s no access to the road, it’s better to use porta potties. 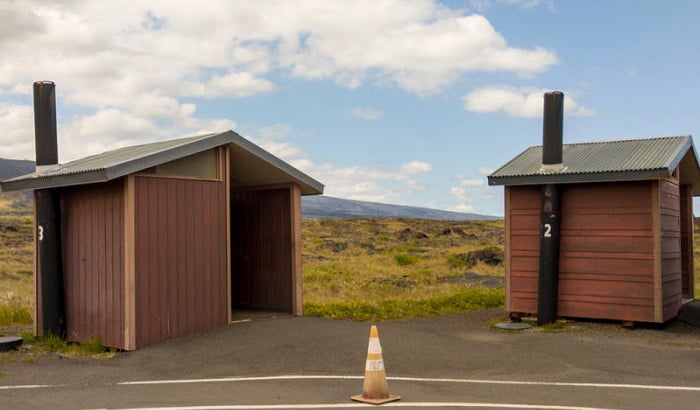 Get to know more about vault toilets by learning their pros and cons.

A cubicle is contained in the vault restroom so it offers privacy. One individual can occupy it at a time as it’s self-contained.

Vault toilets are relatively easy and affordable to maintain.

Due to the convenience that it offers, a vault toilet is always in demand. There’s no need to return to your house or find a toilet if you’re in a park or recreational center.

Plastic vault toilets are portable so they can be transferred from one place to another. Hence, they can be at different events.

Since this toilet is waterless, there’s no need to flush. You can save money on the installation of water supply and utility bills.

You don’t have to worry about using a vault toilet at night as there are battery-powered lights inside it. A dispenser for disinfection is also available.

Heat is one of the factors that helps eliminate the foul odor. Unfortunately, it’s not readily available in some non-flush vaulted toilets. For instance, a vault toilet located in an area surrounded by trees will likely give off an undesirable odor.

Some trash and indecomposable waste can block the vault. Though they can be taken out, the process is pricey.

Since vault toilets don’t use water, constant cleaning is essential. Unfortunately, it’s not realistic when they’re in public events, festivals, parks, etc. This is because the water supply is not accessible and it’s an impediment to cleanliness.

It’s hard to control the odor from arising if there’s a defective ventilation system. When it happens, all sorts of inconveniences can be experienced by the users.

Only plastic vault toilets are transferable. Vault toilets that are made of other materials, like concrete, are permanent in their designated area.

Ways to Reduce Odor in a Vault Toilet

As mentioned, the wind and heat are the elements that eliminate odor. When they’re unavailable, there are other ways to reduce the odor in a vault toilet.

What is a vault toilet? It’s easy to understand how this type of toilet works. There’s no need for water like the toilets you have at home since a waste pumping truck collects the waste.

Vault toilets are ideal for areas like a campground and parks that don’t have a water supply. But these places should have good road access for the truck to come in once a week or every two weeks.

How to Increase Water Pressure in Toilet? – Weak Flush Fixed

Lysol vs Clorox Toilet Bowl Cleaner: Which is the Best Cleaner?