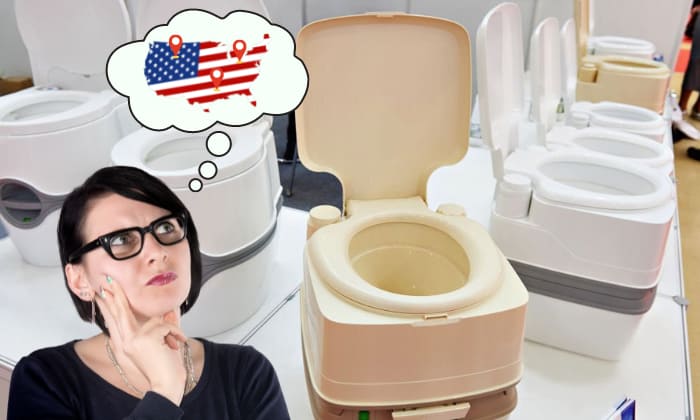 It is vital to know what regions allow composting toilets. Regulations for composting toilets are determined by local governments, and they might vary by state and country. So, if you want one of these sanitary units, make sure that having them is legal.

Where Are Composting Toilets Legal? 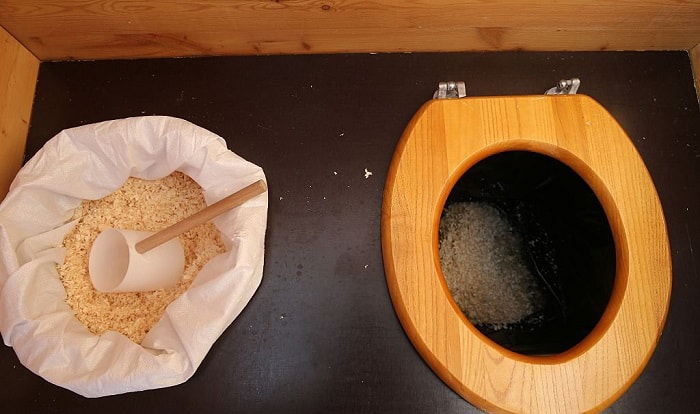 Composting toilets can be installed in residences in a large number of states. The degree of openness and strictness concerning this permission vary, nevertheless.

Some states have simple requirements that openly permit the installation of composting toilets. Others, however, have stringent guidelines, and if these guidelines are not met, installation is prohibited.

2. States That Legalized Composting Toilets Under Some Situations

As an illustration, in New York, these sanitary units must connect to the municipal sewage system, despite compost toilets not needing it for waste process. Installation would also be vetted on a case-by-case basis.

Other than New York, here are some states that fall under this second category:

Composting toilet utilization is permitted in these states, but only under specified conditions.

For instance, in Colorado, using a composting toilet is okay only when you have approval from the local board of health. This is done to ensure that the composting toilet won’t endanger the well-being of the people living nearby.

In Michigan, it is legal to own a composting toilet. However, they require you to have a state/local permit. The system must also undergo yearly inspection to ensure it’s in working order.

Composting toilets may be put in residential buildings in Texas, but only if they abide by existing legislation. The municipal board of health only approves of an installation if it’s between 100 and 300 feet away from the sewage system.

The National Science Foundation (NSF) tests composting toilets and give high-quality products an NSF certification. Some states allow usage of such toilets only, as they are low in odor with acceptable bacterial levels.

In some states, installations of compost toilets are not feasible without greywater systems.

With a greywater system, used water from your laundry, shower, and sink may be redirected towards other purposes. For example, people may use processed greywater to irrigate plants.

Additionally, such a system may also be essential in Virginia to ensure that compost material doesn’t harm plants or people.

6. States With No Regulation Regarding Composting Toilets

Rather than outright prohibiting or allowing composting toilets, some states do not have regulations, California is one example. As long as your toilets do not cause health problems or affect groundwater quality, the authorities probably won’t have issues.

That said, don’t be surprised if the states suddenly make rules regarding this matter.

What Are the Benefits of a Composting Toilet? 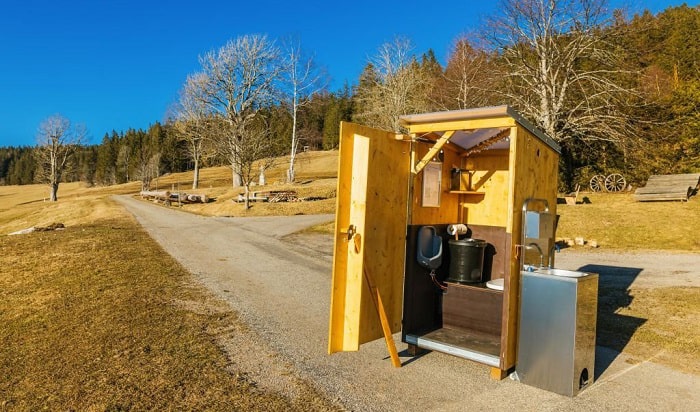 You might be curious as to why there are many states that allow composting toilets. Interestingly, this toilet type has a lot of advantages, making it a popular option among homeowners.

Here are some general advantages you may be glad to know about, especially if you’re getting one of these units yourself.

Insofar as the installation procedure is concerned, composting toilets are energy and money-saving because they require little to no additional maintenance in the long run.

Even if you cannot afford a commercial compost toilet (which costs around $1,400), a DIY system can be made for a lot less money. You can even construct one from recycled materials to avoid using store-bought components.

For households, having an off grid composting toilet is advantageous since it frees them from the cost and inconvenience of problems with the main sewage pipes. After all, this toilet type doesn’t require connection to any centralized sewage system.

Additionally, a composting septic system can turn waste into fertilizer, which is very useful if you’re a gardener.

An individual can save more than 6,600 gallons of water a year by utilizing a composting toilet. This figure represents a significant decrease in annual water consumption compared to using typical toilets.

The average household makes five flushes daily on conventional toilets, which amounts to about eight gallons of water and translates to 2,920 gallons overall in a year. Note that this estimate applies to new toilets, which only require about 1.6 gallons/flush.

What states allow composting toilets? We hope you now know the answer. Composting toilets are quite useful, so wanting to know where you can install them is understandable.

Don’t hesitate to get one of these units if your state allows it! After all, compost toilets are environmentally friendly, cost-effective, and water- and energy-efficient.