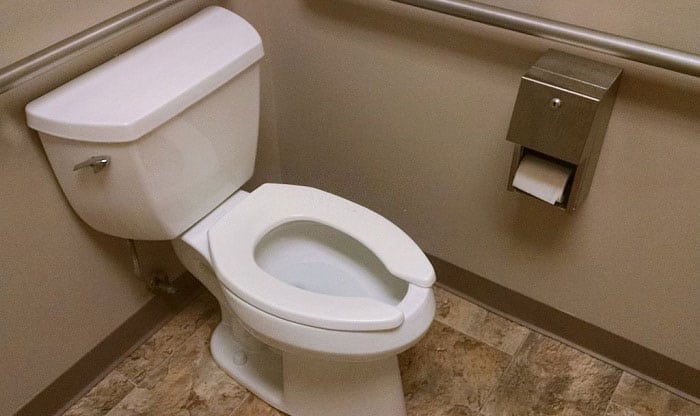 Once you set your foot in a public bathroom, you’ll notice the difference from what you have at home. It’s a U-shaped toilet seat! Do you know what’s behind this special shape? Why are public toilet seats U-shaped?

This shape of a toilet bowl is required by the concerned authority. Moreover, it has an ergonomic design to hold any weight. Since it’s open to the public, various people of different weights will use the toilet. It’s a shape that is comfortable for everyone and good hygiene is also guaranteed.

There are more reasons behind this U-shaped toilet seat. So read on.

Know the Reasons of the U-shaped Seat in Public Toilets 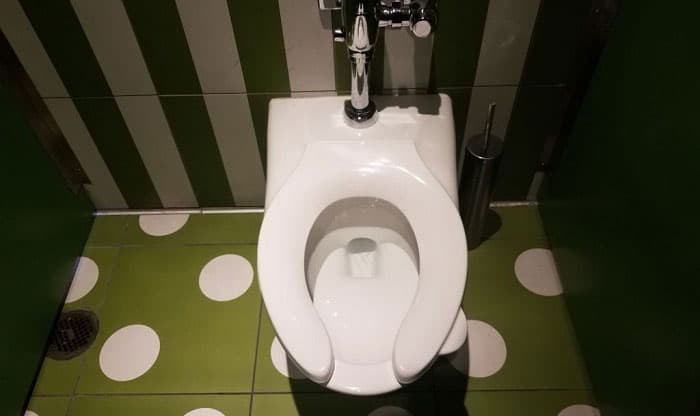 Bemis and Centoco produce good quality U-shaped toilet seats. You may want to check it out after knowing the benefits that you can gain. To feed your curiosity on why the public toilet seats have a gap, here is why it exists.

A U-shaped toilet seat for public restrooms was first mandated by American Standard National Plumbing Code in 1955. The reinforcement of this regulation gave birth to the 1973 Uniform Plumbing Code, which was introduced by IAPMO or the International Association of Plumbing and Mechanical Officials.

The code says that all water closets should come with a soft seat that is made of non-absorbent material. Furthermore, installing toilet bowls for public use requires a toilet seat that is open in the front or equivalent to a U-shaped seat.

The goal of this code is to promote hygiene. In addition, municipalities adopt the thing written in UPC and convert it into their local codes.

Considerations for the Ladies

The plumbing code recognizes the need to prevent private parts from getting in contact with contaminated ceramic, specifically for women. This is affirmed by the senior director of code development of IAPMO. Women can wipe their parts after peeing without touching the toilet seat.

This bowl shape also minimizes the possibility that the men spray urine all over the seat, even though it doesn’t happen often. It gives more space when men aim for the bowl.

The public toilets have a gap in the seat for flexibility of bearing the weight of different people. Based on experts, round objects have rigidity and can break easily compared to something that has a horseshoe shape.

Doesn’t Have High Cost in Production

Another advantage you can get from a U-shape toilet seat is found in production as less material is needed compared to making round toilets. Business owners usually fund public toilets and prefer to save money by getting affordable options but applicable at the same time. One of them is this U-shaped toilet seat.

Not Attractive to Thieves

You may be surprised, but thieves are interested in toilet seats! It’s essential, so they don’t care whether a piece is clean or dirty and new or old. They’re not bothered trying to get it as what matters to them is not spending money on a toilet seat.

But their plans will be undone because commercial toilet seats opened in front and placed on the more elongated bowl. The consequence is that it won’t perfectly fit well on their toilets at home.

Why are public toilet seats U-shaped? Apart from the authority’s regulation, you’ve found out other benefits that you can gain from the U-shaped seat such as not touching the toilet and the flexibility of bearing various weights.

So, are they enough to convince you to replace the current toilet that you have with the one that your public toilets have?