Why Do Guys Lift the Toilet Seat Up? – A Detailed Explanation 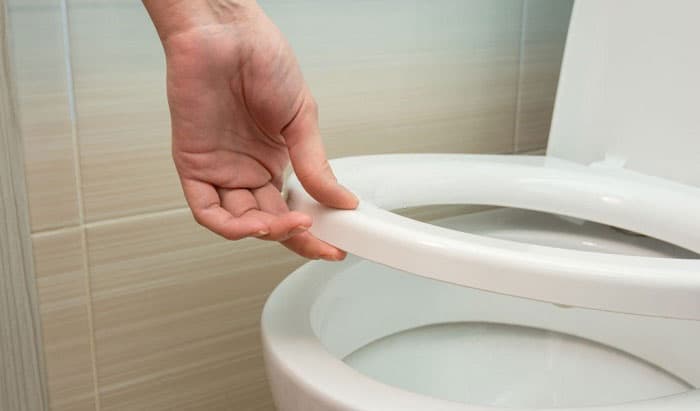 Whenever you go to the toilet, you may be inspecting the doorknob whether it’s clean or not. Moreover, the hygienic concern is more intensified when it comes to the toilet seat. Due to this matter, this question bothers toilet users: why do guys lift the toilet seat up?

Some believe that it should be a practice that guys put the toilet seat up before they pee to show consideration for the next user, especially if it’s a woman. The advocates of this action think that it’s an act of being a gentleman or politeness.

When guys pee when standing, splatter can’t be avoided. So, he should put the toilet seat down before peeing and put it back up after doing it. To those who need to be enlightened about this idea, better continue reading. 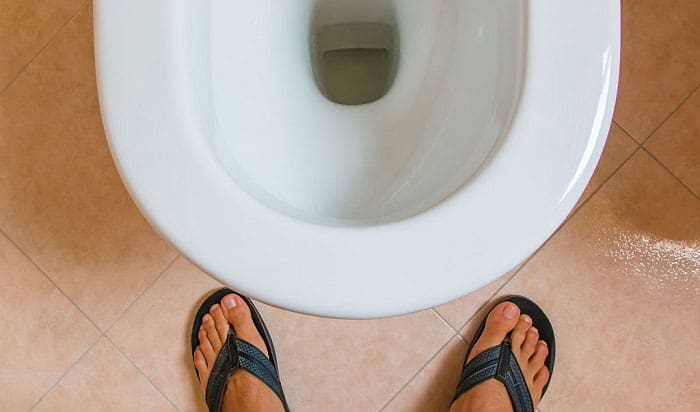 Men do stand when peeing. The consequence thereof is drip or splatter. Some suggest that men should sit when doing it. But sitting down when peeing is not comfortable for all men.

When a man lifts the toilet seat before peeing and the inevitable happens, the woman won’t be facing the yellow-stained seat.

The Economist’s Perspective to Minimize Movements

An economist from Michigan, Jay Pil Choi stated that the toilet seat should be lifted after use. This is backed up by a study about the toilet seat policy focusing on a man and a woman who lives under the same roof.

In this situation, the man and woman may alternately use the toilet to explain this matter. Each time a man pees, he’s expected to lift the seat, but it won’t be necessary when pooping.

Consequently, the woman will put the toilet seat down after a man pees. But she doesn’t need to do it if the man didn’t pee before her. In this way, no one will need to move the toilet seat twice at one point. Favorably, movement is minimized in exchange for saving energy.

This is not only for minimizing the movements when using the toilet. You might think that it’s still unfair to the woman even though the man would make the most of the movements.

I can see the point because when a woman lives by herself, moving the seat is not necessary at all. In the man’s case, he still needs to move the toilet seat despite living alone. It just shows that there’s a high incremental cost for a woman when sharing the toilet with a man.

Supporting this study, Richard Harter calculated that the incremental cost for both men and women could be equal. It’s by making sure the woman puts the seat down when done with her business. The man should do his part by leaving the toilet seat up. This calculation was obtained by presuming that an equal number of men and women are using the toilet.

As mentioned, a man doesn’t need to lift the seat when he needs to poop. If the frequency of defecating consumes a third of the time that he spends in the toilet or even much lower, he will lower the seat. With these details, a man also lowers the toilet seat. Therefore, the movements of men and women can be equal. 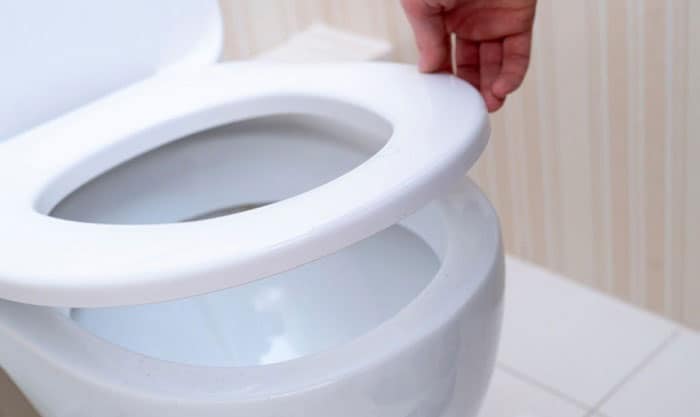 Some go through horror when approaching the toilet because of the dread that you may see something undesirable inside the toilet. When the seat is down, one would need to go closer to confirm the content.

The thick layer of the toilet seat may be permeated with urine and feces. When the seat is up, you can easily spot if there’s something inside even from afar. So you can prepare to deal with the stink.

You can cover your nose and you can flush the waste once you see its presence. Without a sign, you may go directly to the toilet bowl. To your dismay, it will be gross to see the visual and smell of urine or poop all at once.

The expectation that guys leave the toilet seat up creates gender equality issues. If you look at it in a broader sense, it benefits everyone including the male population if every man practices lifting the toilet seat up.

Doing this action is not only thinking that the next user is a woman. If you leave the toilet seat lifted and a man uses it after you, he will save some energy and muscle strength by moving the seat.

Why do guys lift the toilet seat up? It’s about the possible urine drip, frequency of movement, preparation for what’s inside the toilet, and saving energy and muscle strength in some cases.

This issue is not exactly about gender issues and ending sexism, but it’s more of toilet etiquette and consideration for whoever uses the toilet next.