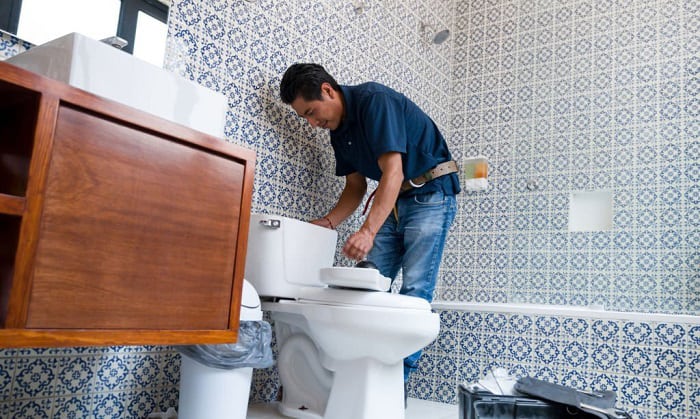 A running toilet is a hassle and a loud annoyance. You may be wasting water and increasing your water bill if you leave the toilet running continuously. Typically, a running toilet can be fixed easily.

“Why won’t my toilet stop running?” To answer your question, the underlying cause could be a faulty flapper, inappropriate flapper chain length, unplugged fill tube, or a misplaced float.

If your toilet runs all the time after flushing, this could cause a lot of problems. Fret no more, because listed below are the most likely culprits, along with the method to rectify the issue. 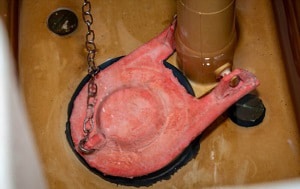 The most frequent cause why your toilet wont stop running is a frayed flapper. As time passes, your flapper will get worn-out as they’re constantly used, resulting in water continuously running from the tank to the bowl.

To fix this problem, do the following:

2. Chain height between the flush lever and flapper

If the water won’t stop running in toilet even after checking the flapper, the problem might be on the flapper chain.

The flapper chain controls the flush valve, allowing clean water to flow into the toilet. When the length of the chain is not right, it could prevent the flush valve from fully shutting after flushing, causing the toilet not stop running.

Sometimes it takes numerous tries to resolve this kind of issue. Have the patience to make more adjustments until the desired height of the chain is reached if your toilet keeps running even after the first repair effort.

3. The refill tube has been unplugged 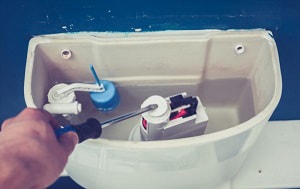 You might need to reattach the refill tube if your toilet won’t stop flushing. A strong indication that the fill tube is the culprit is that the toilet can’t flush fully. An abnormally low level of water in the toilet tank is another telltale sign.

If the fill tube is still in good working conditions but the toilet can’t perform a full flush, consider the following steps: 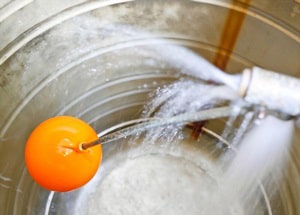 Without a ball float, the water level will become unstable. So, if your toilet won’t stop on running, also consider checking this aspect.

A float has its influence on the flushing power of your toilet. If the float is positioned too high, water will pour into the overflow tube, forcing the toilet to keep running. 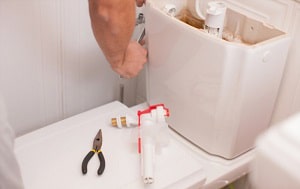 Another indication to explain why your toilet won’t stop running is that the toilet fill valve won’t shut off. When this occurs, leaking is quite likely to happen, necessitating replacement.

The fill valve for your toilet tank, also known as a ballcock, is a crucial part of your toilet and is very important for controlling the water flow.

What is the most common reason a toilet won’t stop running?

If your toilet won’t shut off following the regular flush cycle, the most common reason for it is a broken toilet flapper.

Although other causes, including an unplugged fill tube, a broken float ball, an incorrect fill valve, or an incorrect flapper chain length, could also be taken into account due to their prevalence.

What to do if your toilet won’t stop running?

If your toilet doesn’t stop running despite all your efforts in fixing it, it’s time to call the professionals. Your toilet might have a deeper problem that can only be properly addressed by those with the expertise.

Is it bad if the ball has sunk while the tank is brimming with water?

No float ball should sink to the bottom, unless it’s filled with water. This compromised position prompts water to constantly flow into the tank.

As I’ve already pointed out, no tank should have water level passing the overflow tube. You’ll need to replace the defective float ball to resolve this issue.

Fixing running toilets is an arduous but fulfilling task. If you employ these instructions, you should have the ability to fix your toilet and answer your inquiry, “Why won’t my toilet stop running?”

However, if your toilet won’t stop filling after doing all these methods, then it’s time to call a plumber for help. You might have a bigger problem that could only be assessed and solved by a professional.

Glacier Bay vs American Standard Toilets: Which One to Opt?

One Piece Vs Two Piece Toilet – A Comparative Analysis