Why is My Toilet Flushing Slowly? How to Fix It? 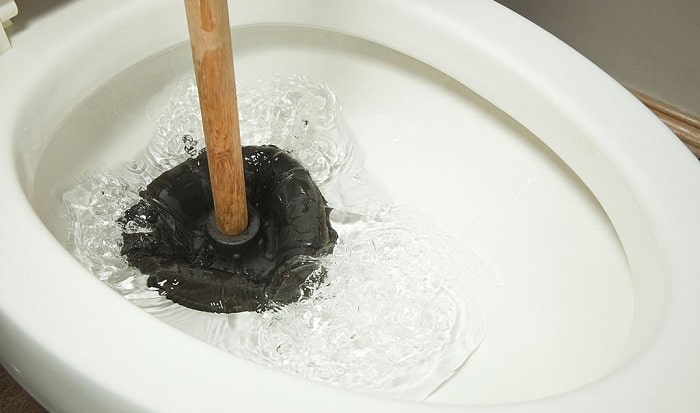 It can be annoying when a toilet flushes slowly and incompletely. It’s normal to feel that way, as some waste doesn’t come down. Why is my toilet flushing slowly? There are several reasons behind this huge inconvenience.

You’ll be sensible enough to think about clogs when flushing toilet water rises then slowly drains. However, you also have to check the amount and kind of water used in your toilet. Also, don’t forget the flushing mechanism, as it’s responsible for flushing.

To solve this problem, understand the reasons well and learn the exact solution for each. Who knows? You can fix it yourself without calling a plumber!

A quick, powerful flush in the toilet starts with the tank then it occurs in the bowl. The process is successful if it reaches the sewer. Otherwise, you have to do some investigation into these factors when a toilet slowly drains by itself.

To save you time and effort browsing forums on Reddit, here’s a summary of slow flushing toilet causes and solutions.

An S-trap is a path where the waste passes to reach the sewer. Due to its curved shape, some debris and things can get stuck. That’s why it’s advisable not to flush the toilet paper or wipes, as you can’t be sure they can be dissolved in water.

Aside from being responsible for what you flush in your toilet, there are some unexpected occurrences. For example, your kid may throw some toys or other stuff in the toilet.

It’s the primary reason why a toilet flushes but waste comes back as solid objects can cause the worst case of a clogged toilet.

A clogged S-trap is not always the reason why a toilet flushes slowly and weakly. The water from the tank is sent to the bowl through the jet holes. These small holes are found under the rim.

Even though they’re small, they can be partially clogged or blocked because of mineral build-ups. This will likely happen if you use hard water in your toilet. Magnesium and calcium are the minerals that can accumulate in those holes and block them.

Since the length of the drain vent is until the roof, you may not have the slightest idea that it can cause a toilet to flush slowly. But it does since it lets the air enter the pipes so the waste and water can travel without disruption.

Hence, you have a congested drain vent that needs cleaning when your toilet flushes slowly and gurgles.

When the toilet drains very slowly, the amount of water that gets into the bowl is not enough. You can confirm it by checking the inside of the tank. The water level should be half an inch above the overflow tube to send water to the bowl for a powerful flush. 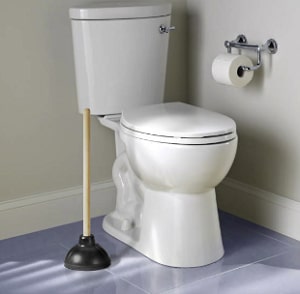 It’s a puzzle for you when a toilet takes a long time to flush but is not clogged. Aside from the expected consequence of an old toilet, you have to check the fill valve. This component is responsible for filling the tank after flushing.

Also, the flushing system also weakens as time goes by due to minerals and moss. Do not forget to check your flapper valve, too.

How to Fix It? 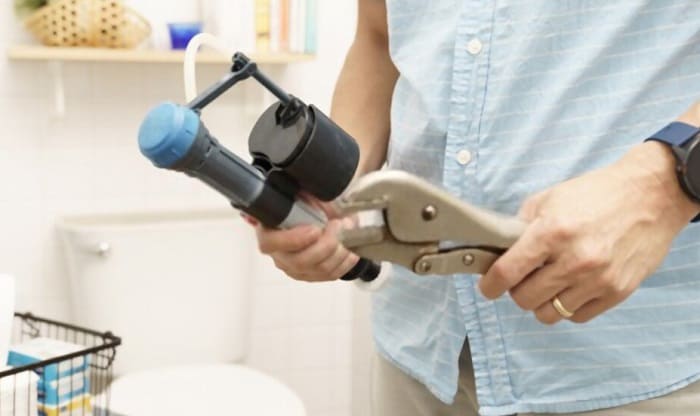 After you determine weak flushing toilet problems, you have to know the solutions to resolve them.

Pump firmly and don’t use too much force, damaging the pipes. You can check if you could get rid of the blockage by flushing the toilet.

It’s done by making a slow flushing toilet vinegar mixture. To be specific, you should use white, distilled vinegar assisted by a brush with stiff bristles. They work together to remove mineral build-ups under the rim.

If your area’s constant water supply contains minerals, you can use a water softener. In the case of a congested drain vent, you have to clean it, but it takes a lot of effort, starting with getting on the roof.

When this is what causes the slow flushing of the toilet, you have to work on the tank. Prepare a bucket filled with water then open the tank. You have to look for the fill valve which is a standing tube with an opening and a tiny, rubber pipe.

Use the water from the bucket to increase the water level in the tank. You have to keep on filling until it’s half an inch lower than the height of the fill valve. Flush the toilet a couple of times to see if the issue is resolved.

Defective parts are to be expected from an old toilet and there’s no remedy at some point. It’s worthwhile buying a new one rather than replacing the parts.

Also, old models have outdated features and the flushing capability is weaker compared to the modern units.

To fix a slow toilet to retain flushing power, you have to work on the fill valve. Given that your toilet can still be of service, proceed with fill valve replacement.

For other components, such as the toilet bowl, it may be time to upgrade to a brand-new toilet rather than continuing to use an old and defective one. 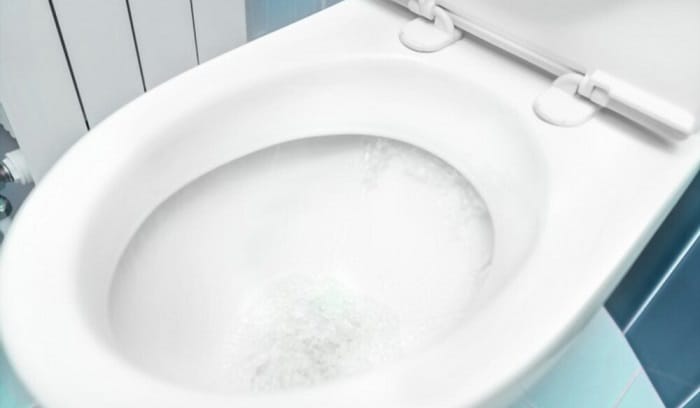 How to prevent a slow flushing toilet?

Prevention is better than cure, as the saying goes. Therefore, here’s what you can do to prevent a slow-flushing toilet:

How do I make my toilet flush stronger?

You may think that the easiest way to have a toilet with a stronger flush is to find a unit with a powerful flushing system. But it can’t keep up with your expectations if there are issues. So, you have to be keen on toilet maintenance.

A shut-off valve behind the toilet is the one that delivers the water to the tank. To make your toilet flush stronger, twist the valve counterclockwise until you put it in full mode. When it’s partially opened, the tank may not give its optimum performance.

Why is my toilet flushing slowly? You no longer need to wonder as this article showed you the possible causes and how to fix them. Depending on the cause, you need to eliminate clogs, clean your toilet and vent, and correct any defective tank parts.

These procedures are a piece of cake, so you can do it yourself. However, you might need a plumber after you try the tips that you’ve learned here.

How to Dispose of a Toilet? – 5 Popular Ways