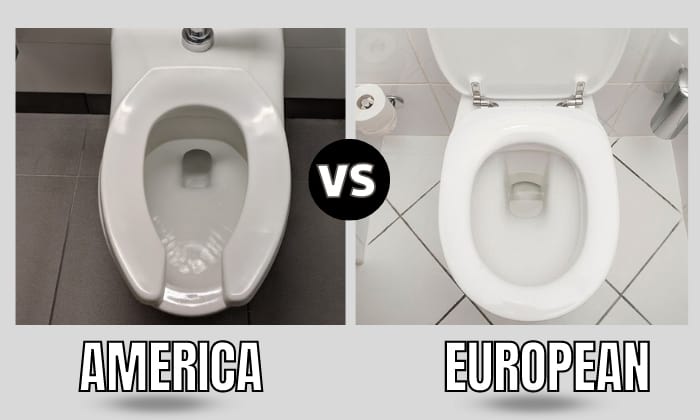 It’s easy to spot the differences so there is a lot of information to gather when comparing American vs European toilets. Since they’re two different continents, they don’t share a similar culture, cuisine, and even toilet style and the details!

American toilets are typical with elongated or round bowls with flush or with advancements that turn them into bidets.

Knowing the Basics of Each Toilet 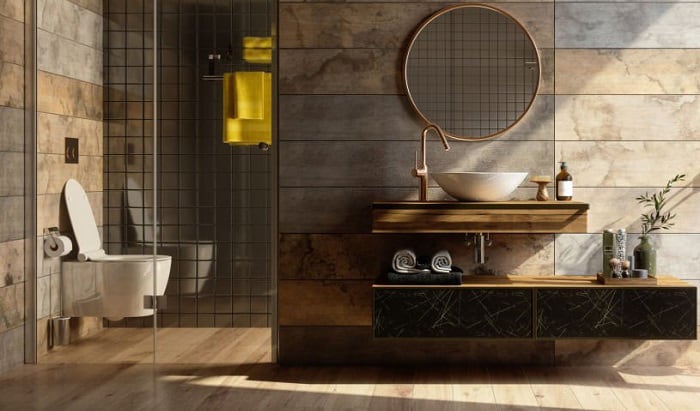 An American toilet has either a round or elongated bowl. There are no different toilets in different states as there’s only a standard style and system throughout the country.

Apart from liquid and solid wastes, toilet paper is also flushable. All of these things are sent by the water inside the tank to the septic. This process is done through a flushing system that works with a siphon. The waste or toilet paper passes through the trap that is the wavy part to reach the sewage. This trapway can be narrow and cause clogging.

The siphonic system of American toilets differentiates them from Asian and European restrooms. The necessary amount of water from the tank is released by pressing a handle. 1.6 GPF is recommended by the government for every flush. Some toilets even work with 1.28 GPF. Even with little water, a strong flushing system can send the waste and the water together down the bowl to the sewer.

It’s not only comparing UK toilets vs US toilets since there are varieties of European toilets. The washdown toilet is the most common but the old school squat toilet is still available. If you’re not familiar with the squat toilet, it’s a hole on the floor with a flat toilet bowl.

In the case of the washdown toilet, it has a deeper bowl than the American toilet. It doesn’t work with a siphon but with quick-flowing water from the tank that works with gravity. There’s no pulling and pushing force just like in the siphon system of American toilets. The toilet in Europe flushes the waste in one direction which is going down.

The toilet system that works with gravity doesn’t make much noise like the siphon system. Also, European toilets are economical when it comes to water consumption. However, some waste particles can stick to the bowl. Bad odor can pester users when this happens.

Some may talk about European toilets that spray water. This is the bidet as Europeans prefer to wash their behind rather than just wiping with toilet paper. It looks like a toilet bowl so some people would think that it’s a toilet. With proper use, you can clean your backside properly. 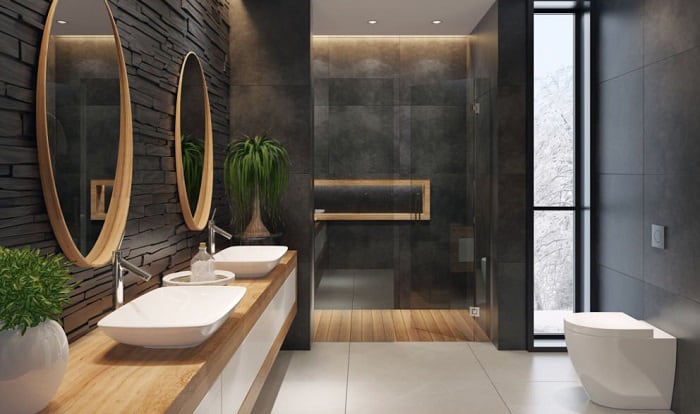 The differences in the bowl, water consumption, and water system between American toilets and European toilets were discussed in the previous part. You’ll find more details and further discussion here so the distinctions are clear.

The standard American toilets and urinals are arranged in a row with partitions. This setting provides privacy for every user. In European public restrooms, urinals are just arranged in rows without partitions but they can accommodate several men. All of them share the same drain and as you can imagine, there’s no privacy.

Another European-style toilet that can surprise some individuals is the squat toilet. You don’t sit on it with your back forming 90 degrees but you need to squat as the name suggests. There’s a hole on the floor covered with ceramic so you can balance yourself when squatting.

A squat toilet can either have the standard flushing system or the flushing method that involves water and a bucket for flushing. The squat or trough-style urinal can save water but some people, especially tourists, are not comfortable with it.

The partition can differentiate American bathroom stalls vs European bathroom stalls. The toilet in bathrooms in Europe is in an enclosed area. Thus, the term ‘water closet’ was referred to as British toilets in the past.

It was first invented by Sir John Harrington, a godson of Queen Elizabeth I in 1596. Only Harrington and the queen used it as people thought of the invention as ridiculous at that time. Even though the public urinals in Europe are too open, there are enclosed ones that guarantee privacy.

As mentioned, toilets in public restrooms in America have a partition. Though the toilets are installed in a closed area, there are gaps on the top and at the bottom where the user’s feet can be seen.

So, you can’t conclude that European toilets are so bad since there are enclosed ones. You can have the privacy that you need when doing your business in the toilet. The setting may vary on every side of the continent as there are still squat toilets.

American toilets usually have a handle for flushing. The part for flushing on European toilets is interesting as there are variations. The toilet in old bathrooms has a pull chain that you can pull after sitting on the throne.

Generally, the toilets in Europe are dual flush, which means that there are different amounts of water and pressure as well. This is a way to conserve water as liquid waste requires less water than a solid one.

Things That Surprise Tourists and Expats About American Toilets 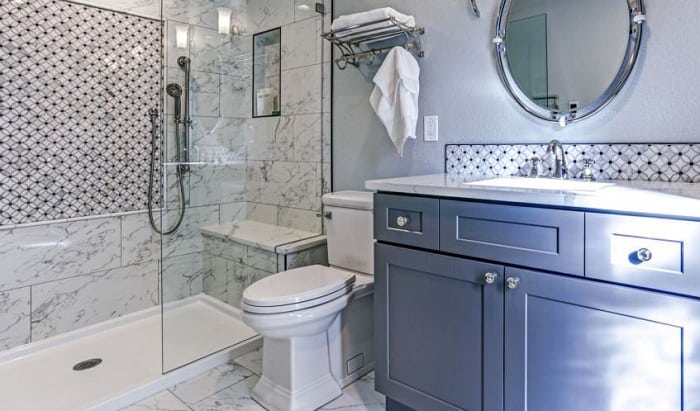 It can’t be helped that tourists and ex-pats think that American toilets are weird. These are their observations.

1. The amount of water

Why do American toilets have so much water? This is one of the questions that expats and tourists think about. The bowl is filled with half its capacity or even ¾. It gives them uneasiness as splashback will likely happen. As you know, toilet water is the last thing that you’ll ever want to touch.

Seeing an American toilet flushing for the first time gives the notion that the water may rise above the bowl. Of course, it doesn’t.

There’s no excuse for Americans to not purchase a plunger since blockage and clogging can happen. It’s due to the narrow plumbing with a trapway where the waste travels to reach the sewage. This system works with suction which is the reason for the narrow plumbing. There’s a gurgling sound within the five-centimeter trapway.

You can’t find these things in European toilets as the wash down system is applied. Water pushes the way to go down and be discarded. Hence, blockage and clogging are not an issue. Less water is used compared to American toilets.

Some may wonder about the oval-shaped bowl and they can’t understand why there’s a U-shaped cover seat on top of it. It’s given that IAPMO or International Association of Plumbing and Mechanical Officials did it for women so they can easily wipe their private parts after doing their business.

In connection with this, there are paper seat covers too. It doesn’t make sense to foreigners as some people are concerned about hygiene when touching the lock of a toilet door.

4. The gap in the ‘supposedly’ enclosed toilet

The gaps between the walls and doors in an American toilet cause discomfort. Unfortunately, there’s no reason or point why this design was added though. It doesn’t feel right to some that others can peak while they’re in the process of releasing the baggage.

5. The lock on the toilet door

Foreigners are familiar with the latch that exposes the locking mechanism placed on toilet doors. The combination of a knob and a tiny button that locks with the door jamb is common in American toilets. Somehow, they feel that the lock is not secure and at any moment, the door will be wide open.

American vs European toilets are described through their flushing system, bowl, flushing handle, stalls, and setting. It seems that American toilets are uniform but European toilets can vary. There’s the standard wash-down toilet that works with gravity but you’ll also find squat toilets. Differences among these toilets may make someone comfortable if they’re not used to the features.

Related: American toilets vs Australian toilets – What is the difference?

Can You Get an STD From a Toilet Seat? (Doctor’s Advice)