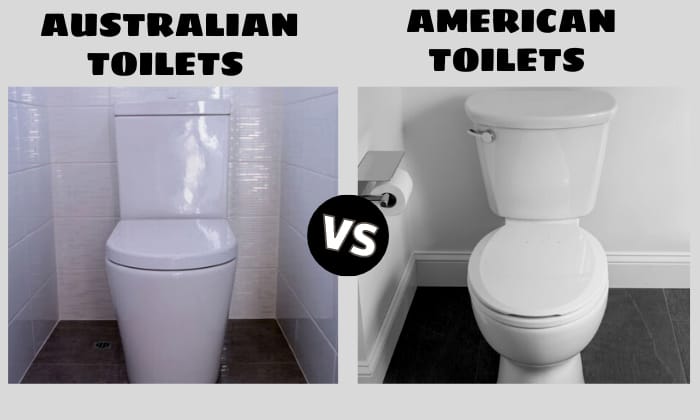 A toilet is a thing that you use daily so you don’t pay too much attention to it. You’ll only be surprised if you have to deal with it when you’re in other parts of the world. That’s why this article is about Australian toilets vs American toilets.

The style of these toilets is similar. But you’ll see the difference in how roomy and comfortable Australian toilets are. Moreover, there are public toilets in the country that would exceed your expectations.

American toilets flush well thanks to their siphonic pressure; they can even send toilet paper into the sewer! Although Australia is a dry country, its toilets are also as efficient as American toilets. Besides these features, knowing the details of their functions allow you to discover their differences.

What Is an Australian Toilet 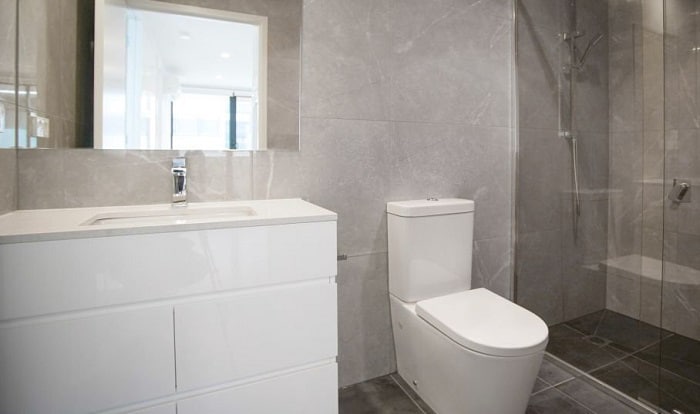 In Australia, the other terms for a toilet are ‘loo’ and ‘dunny’. Specifically, loo refers to the indoor toilet while dunny is the outdoor toilet. Apart from these terms, learn more about the pros and cons of Australian toilets.

Many wonder about how toilets flushing in Australia are. The good news is that a dual-flush system is common in the country. It aims to conserve water by using a full flush for solid waste and half flush for liquid waste. Single flush toilets were common in Australia, and this practice changed in 1982. Before the said year, every flush consumes 11 liters.

It’s given that you can upgrade everything in your toilet or bathroom because it’s your personal space. But this point of view is also applied in public toilets found around Australia. Tourists can’t help but be in awe. The best example of this is the public toilet in Brisbane airport. It has sophisticated urinals and decorations of Bondi Beach and Daintree Rainforest photos.

Surprisingly, there are microwaves in the baby changing room so their milk can be warmed up. There are screens outside the toilet where you can rate your toilet experience. This is to survey the preference of the people that come and go to the airport. The set-up is based on Australia’s Building Code Unit, which also involves architectural planning and health standards.

Furthermore, the requirements of OHSA or Occupational Safety and Health Administration should be met to ensure sanitation and safety on loos and dunnies. Commercial building toilets should adhere to all these regulations. All these regulations result in comfortable and impressive public toilets.

A bathroom in Australia consists of a bathtub, sink, and shower. The toilet is in a separate room and it gives a chance for one person to use the toilet while someone takes a bath in the bathroom.

After using a toilet in Australia, you have to go to the bathroom where the sink is to wash your hands. This happens as there’s no sink in the separate toilet. Bidet may only be available in some Australian toilets.

Some people do their business in the toilet before taking a bath. When you have this habit, an American bathroom that includes a toilet is more convenient for you as you don’t need to transfer to another room.

What Is an American Toilet 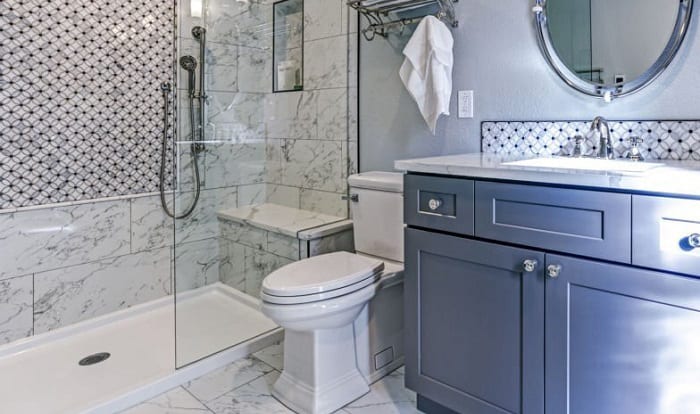 An American toilet looks similar to an Australian toilet as they both have a round or elongated bowl. Besides the 1.6 GPF required by the government to conserve water and take care of the environment, some toilets even work with 1 GPF or lower. Apart from this, there are more advantages to expect but disadvantages are also present.

Due to the siphonic pressure, American toilets are efficient. Even with a low amount of water, a toilet can send waste down the sewer. Unlike Australian toilets, the toilets don’t need to be dual flush to be highly efficient. You can still save water and lower your bill even if you choose to have a single flush toilet. The best examples for this are Swiss Madison Well Made Forever and Woodbridge Cotton White.

American toilets always have a dispenser of toilet paper so you can clean yourself after doing your business.

It’s convenient to have everything in the bathroom including the toilet.

Although there are partitions on individual public toilets, American toilets are weird because of the gap in the door and on the walls between the toilets. Those who are not familiar with this feature feel uncomfortable and unsure of their privacy. The lock seems not too sturdy so they think that someone can kick the door open. 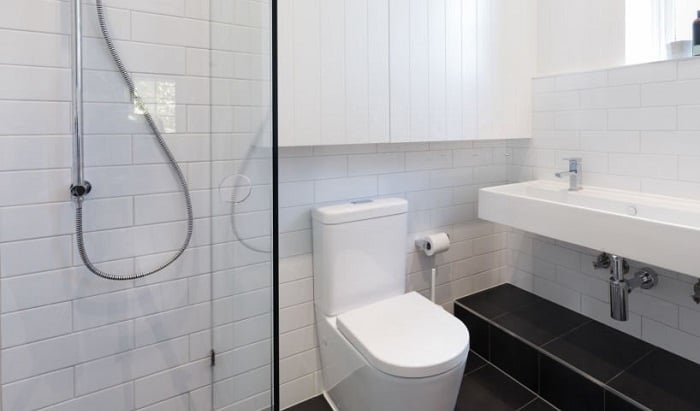 There are different toilets around the world but this article is about Australian toilets and American toilets. Despite similarities in appearance and efficiency, there are differences in functions and capabilities so it’s just right to weigh things between them.

Australian toilets work with a washdown system that makes use of gravity to push the waste downwards. In connection with this, a wide trapway is found in these toilets. Hence, clogging won’t be an issue. But it can be a problem with American toilets that function with siphonic pressure. So, some foreigners can’t understand why a plunger is a must in an American toilet.

On the bright side, they don’t chop the solid waste into pieces as once flushed, everything goes down the pipe.

Public toilets in Australia are like your own due to their facilities and provision. A foreigner can’t help but be impressed due to the amazing toilet experience. American public toilets may make somewhat uncomfortable due to the seemingly excessive water in the bowl and gaps in doors and partitions.

Glacier Bay vs Kohler Toilet: Which One Is the Best?

Toilet Vs Commode: What Makes Them Different?